Jimmy Fallon (centre) sings with musical group The Roots and Frontline Medial Workers during the ''One World: Together at Home'' event, a special broadcast of music, comedy and personal stories celebrating those around the world on the frontlines of the coronavirus disease (COVID-19) pandemic led by the World Health Organization (WHO) and the nonprofit group Global Citizen in this screenshot taken from a video on April 18,2020. Photo: Global Citizen/Reuters

'One World: Together At Home, ' the two-hour star-studded virtual concert featuring Lady Gaga, Taylor Swift, Jennifer Hudson and numerous other artistes, drew in nearly 21 million viewers across the 26 TV networks in the United States on which it aired live on Saturday night, according to Nielsen data.

The musical event, organised by Global Citizen and the World Health Organization, raised US$127.9mil (RM561.8mil) for health care workers and coronavirus relief, according to Global Citizen.

Over US$55mil (RM241.58mil) of the money raised will be donated to the COVID-19 Solidarity Response Fund, while nearly US$73mil (RM320.6mil) will go toward local and regional responders.

Among the 19 separate performances were Lady Gaga's rendition of Charlie Chaplin's Smile, Soon You'll Get Better from Swift, Rainbow from Kacey Musgraves, Lady Madonna from Paul McCartney, and a remote duet of Stand By Me from John Legend and Sam Smith.

Legend, Lady Gaga, Celine Dion and Andrea Bocelli wrapped up the concert with a group performance of The Prayer while remaining socially distanced in their respective homes.

Nielsen noted that there were 4.9 million total interactions about Together At Home across Facebook, Instagram and Twitter on Saturday, calling it the "most social telecast across television" on that date and "the most social TV special" through March and April. – Reuters

That is the power and impact of One World: #TogetherAtHome.

To everyone around the world: Stay strong, stay safe, we will be together in person soon. pic.twitter.com/QudE6j7reF

How Lady Gaga and Hugh Evans assembled 'One World: Together At Home' concert in just two weeks

One World Together At Home , Lady Gaga , Andrea Bocelli 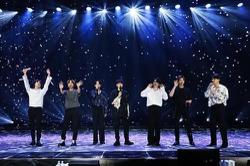 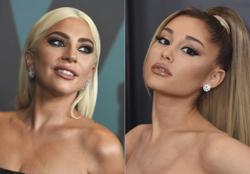