How Lady Gaga and Hugh Evans assembled 'One World: Together At Home' concert in just two weeks

In a festival season with no music festivals, Global Citizen has been working to bring pop's biggest acts into a shared virtual space.

Last weekend, the international aid group with ties to the United Nations presented One World: Together At Home, an all-star special featuring the likes of Lady Gaga, Taylor Swift, Billie Eilish, Jennifer Lopez, Paul McCartney, Elton John and the Rolling Stones – each of whom performed from wherever they're sheltering in place amid the Covid-19 pandemic that's brought the live music industry (and so much more) to a standstill.

Pior to the telecast of the show, Global Citizen chief executive Hugh Evans, 37 talked about how he and Lady Gaga executed this mammoth project in two weeks.

Global Citizen puts on a big festival every September in New York's Central Park. But is it safe to assume you've never pulled together an event as quickly as this one?

Not in two weeks from start to finish, no. It all started about three or four weeks ago when we got a phone call from Amina Mohammed, the United Nations deputy secretary-general, and the head of the WHO, Dr Tedros (Adhanom Ghebreyesus), who you've probably seen on the news every day. And they asked us if Global Citizen would mobilise our artiste ambassadors in support of social distancing messaging, because at that time no one was staying at home.

So Chris Martin of Coldplay, who's a strong partner of ours, had this idea to launch "Together At Home," which was a virtual series we launched on Instagram the next day. All of a sudden that took off, and everyone from John Legend to Niall Horan to Camila Cabello and Shawn Mendes all got involved with it, and it started to get huge traction.

Then a week later, the head of the WHO called back again and said,"I've just spoken to Lady Gaga's mum, Cynthia" – she's a WHO ambassador – "and Lady Gaga wants to help take this to a new level and help curate a global special."

So the next day, Bobby Campbell, Lady Gaga's manager, called and said indeed she's really passionate about what she can do to play a leadership role. She started making phone calls to Elton John and Paul McCartney, who agreed to come onboard.

There's a snowball effect with these things, right?

Yes, it's grown organically. After the first wave of artistes said yes, we were receiving incredible phone calls from around the world – artistes from Nigeria and Latin America and Asia, all wanting to be part of it. So we quickly assembled our team and said,"OK, the infrastructure that we were going to use for September (for the Central Park show), let's redeploy it all for this."

We've had about 200 people around the world working on it full-time every night for the last two weeks. It's like nothing I've ever experienced.

Do the skills you've developed from doing the Central Park shows apply here?

It's an entirely new set of challenges. I remember being out in LA a few weeks before the first year of Central Park. We didn't have a headliner and we were short on being able to finance it. I thought the whole thing wasn't going to happen, and I was literally in tears one night thinking it was all over.

Then Neil Young signed on and we raised the final bit of money to make it happen. That felt like a miracle at the time.

Ten years later, that's become something that we know how to do. But this is a whole new ballgame. And the fact that we've got 170-odd broadcasters and streaming services around the world all taking it? I can't think of anything else this year that's going to have this degree of global tune-in since the Olympics has been canceled.

You've raised US$40mil (RM175mil) so far in donations from corporations and philanthropic groups. Put that number into some kind of context.

Well, I think you can see how much the other Covid-19 relief specials have raised.

Everyone's doing their bit. But what we wanted to do first was have this not be a telethon.

So many people have lost their jobs – over 10 million Americans filed for unemployment in the last two weeks. And we just didn't think it was right at this particular point in time to be asking people to pull out their wallets and give more.

Now is a time to ask those who have the means – philanthropists and the private sector – to really step up, and they have like never before. – Los Angeles Times/Tribune News Service
Article type: metered
User Type: anonymous web
User Status:
Campaign ID: 18
Cxense type: free
User access status: 3 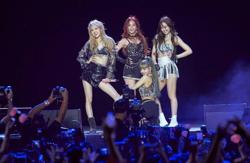