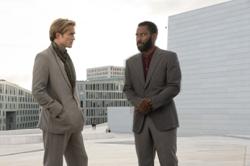 Cinemas will probably operate at 50% capacity once they reopen. Photo: Golden Screen Cinemas

Malaysian movie fans are understandably cautious about returning to watch films in cinemas, as the pandemic is still ongoing and there is no vaccine yet.

Although it will be a slow return, some moviegoers are ready to get back to viewing films in cinema halls.

In a quick poll conducted via social media, StarLifestyle discovered that about 36% said they would go to movie theatres once they reopen while more than half voted that they would wait it out until there is a vaccine.

Since March 18, Malaysians have been adhering to the movement control order (MCO) in a battle against the spread of the coronavirus.

On May 4, Malaysia started the conditional MCO, whereby some places are allowed to resume their businesses including dining in at restaurants.

However, cinemas, live concerts and any events involving the gathering of a large group of people are still on the prohibited list. 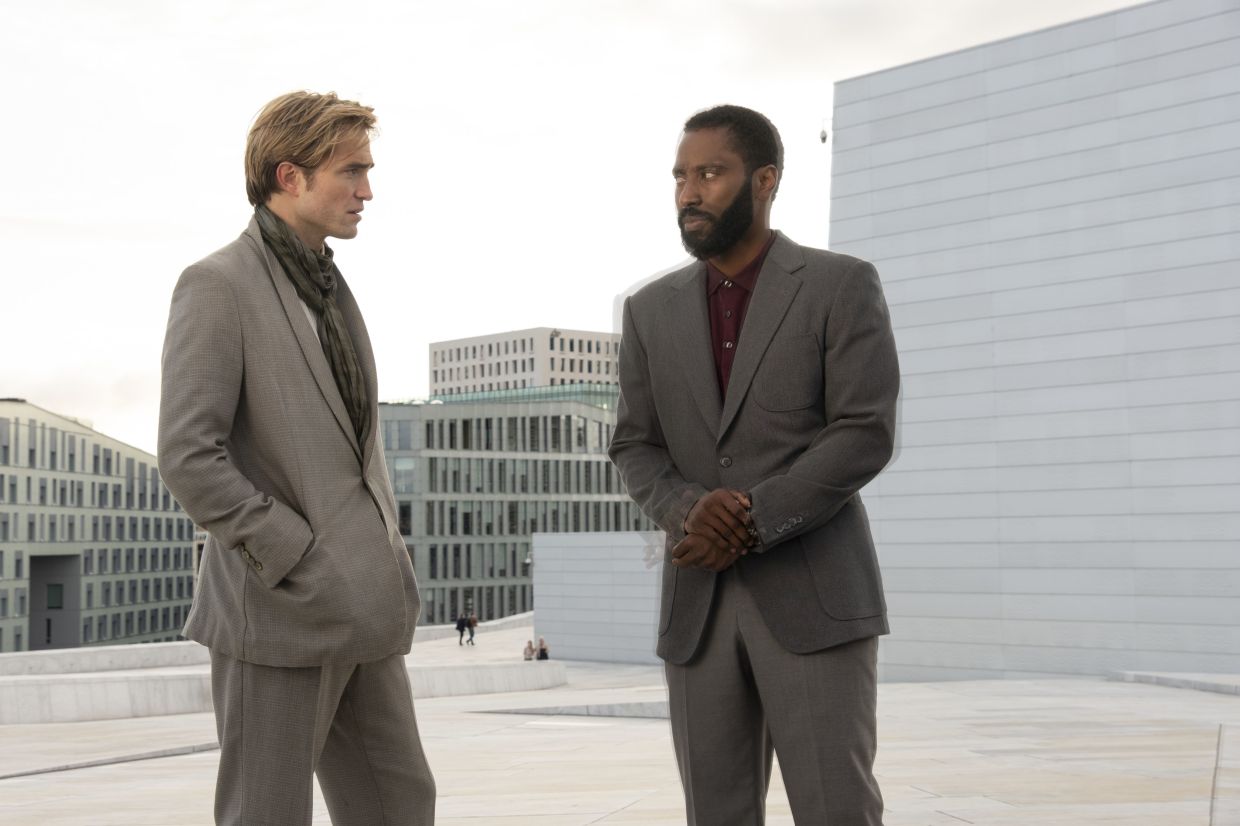 Although it is hard to go forward without knowing anything definite, film exhibitors and movie companies are working towards a schedule with the assumption that multiplexes will be operational by July.

Christopher Nolan’s Tenet is going ahead as per its original release date, July 16, while Mulan – which was originally scheduled for March – will open on July 23.

Karen Wong, a senior marketing manager, admitted she does want to watch upcoming films like A Quiet Place 2, No Time To Die, Wonder Woman 1984 and Black Widow on the big screen. 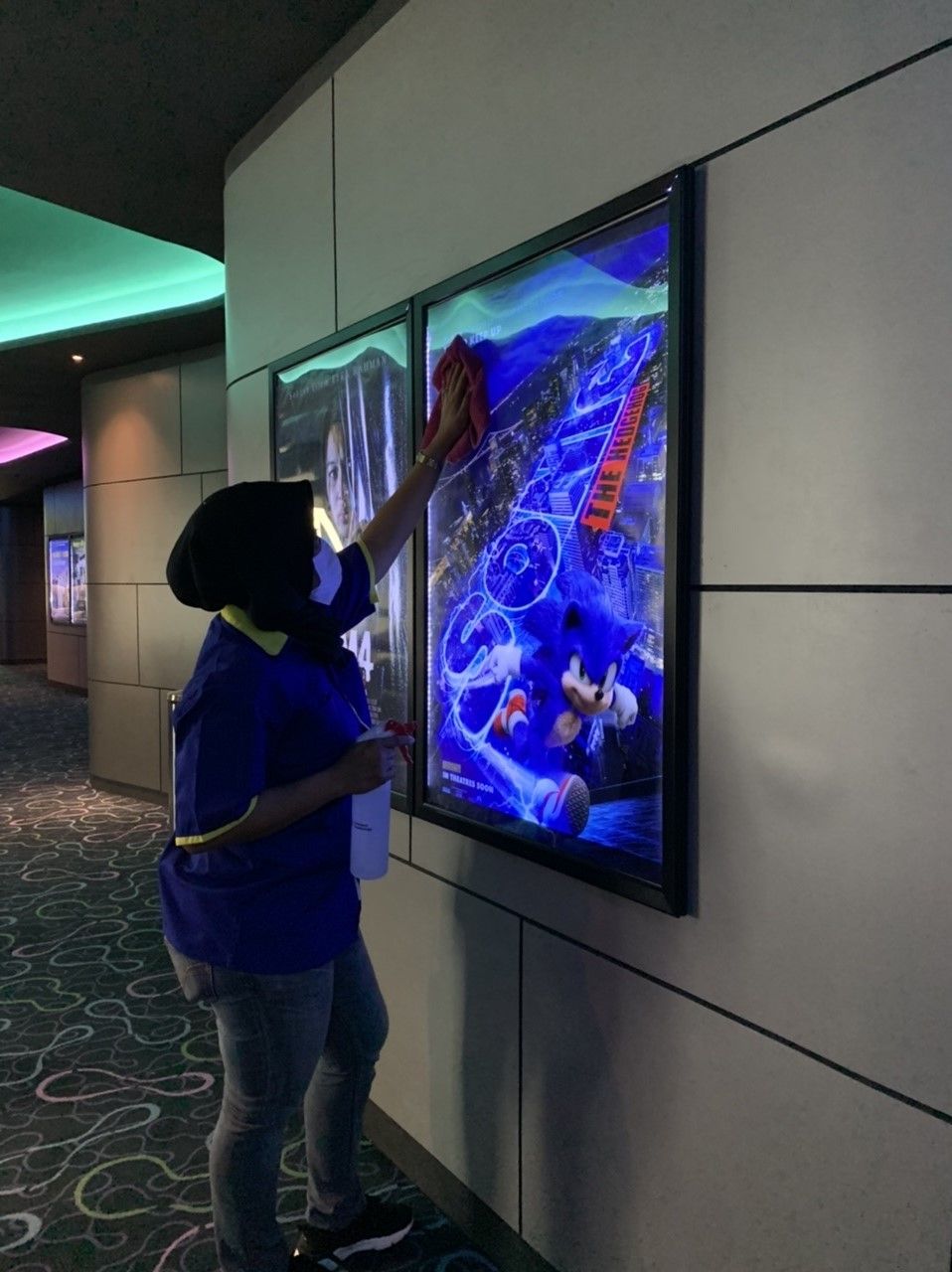 More cleaning will be done and more often. Photo: mmCineplexes“I am a very impatient person and would want to watch the film ASAP.

"As someone who prioritises watching films, I try to catch a movie on the day of its release.

"I have taken days off from work for film premieres in the past.

“The itch to watch films before spoilers drop on the Internet drives my cinema viewing habit. I don’t want to wait for it to come on VOD, ” the 33-year-old said.

As long as the film exhibitors practises social distancing by leaving nearby seats and rows in the halls empty, as well as do a thorough cleaning inside and outside the halls, Wong is willing to go to cinemas.

“I will definitely wear a mask and not buy anything at the concession stand to minimise infection, ” she mentioned.

Cinema operators have stated they would place hand sanitisers at various spots throughout the cinema, do temperature checks on staff and customers, also put social distance markers at places like the lines to ticket kiosks and concession counters so there is always a one-metre gap between customers.

Of course, face masks are a must-have accessory for staff especially.

Jason Teo, the director of marketing and business development with mmCineplexes, offered: “We are looking at all measures post-Covid-19, cooperating with authorities fully to ensure the safety of our customers.

“Not only cinemas, all indoor activity outlets, must play their part to give their customers assurance that SOPs are in place to give customers the comfort to come back.” 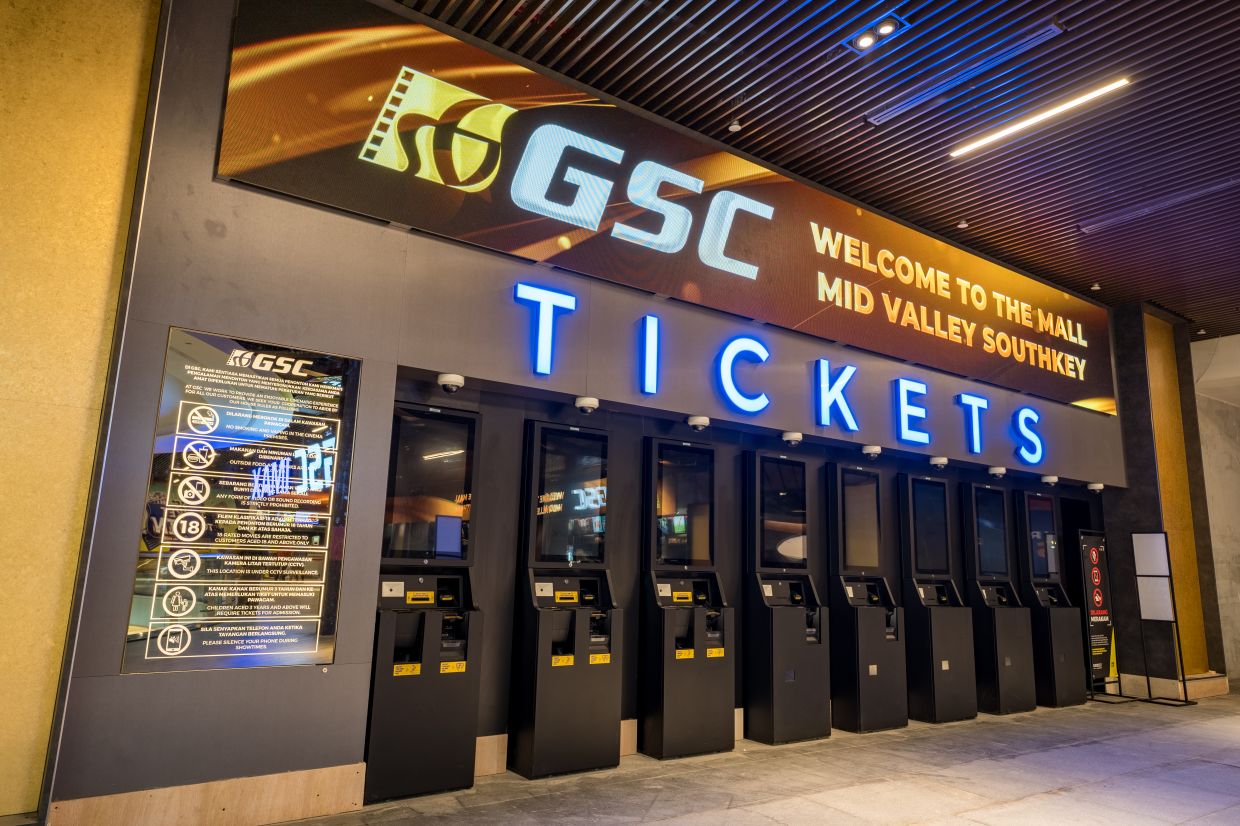 E-kiosks will have markers to ensure there is a safe gap between patrons.

Online purchases will also be encouraged to avoid queuing.

And “digital declaration forms” will be implemented for contact tracing purposes, in case of an outbreak.

The halls will be limited to 50% or less capacity to ensure there is social distancing while watching the movie by leaving seats on the right, left, front and behind the customers empty.

Movie schedules will be looked at to allow enough time for the halls to go through thorough sanitisation.

CEO of Golden Screen Cinemas Koh Mei Lee said: “We are planning a gradual approach to opening in the first few weeks by starting with fewer screenings and reduced seating capacity for crowd management and social distancing, which will help build confidence of cinema-goers.

"We are also eager to launch innovative value-add promotions to entice moviegoers back to cinemas.” 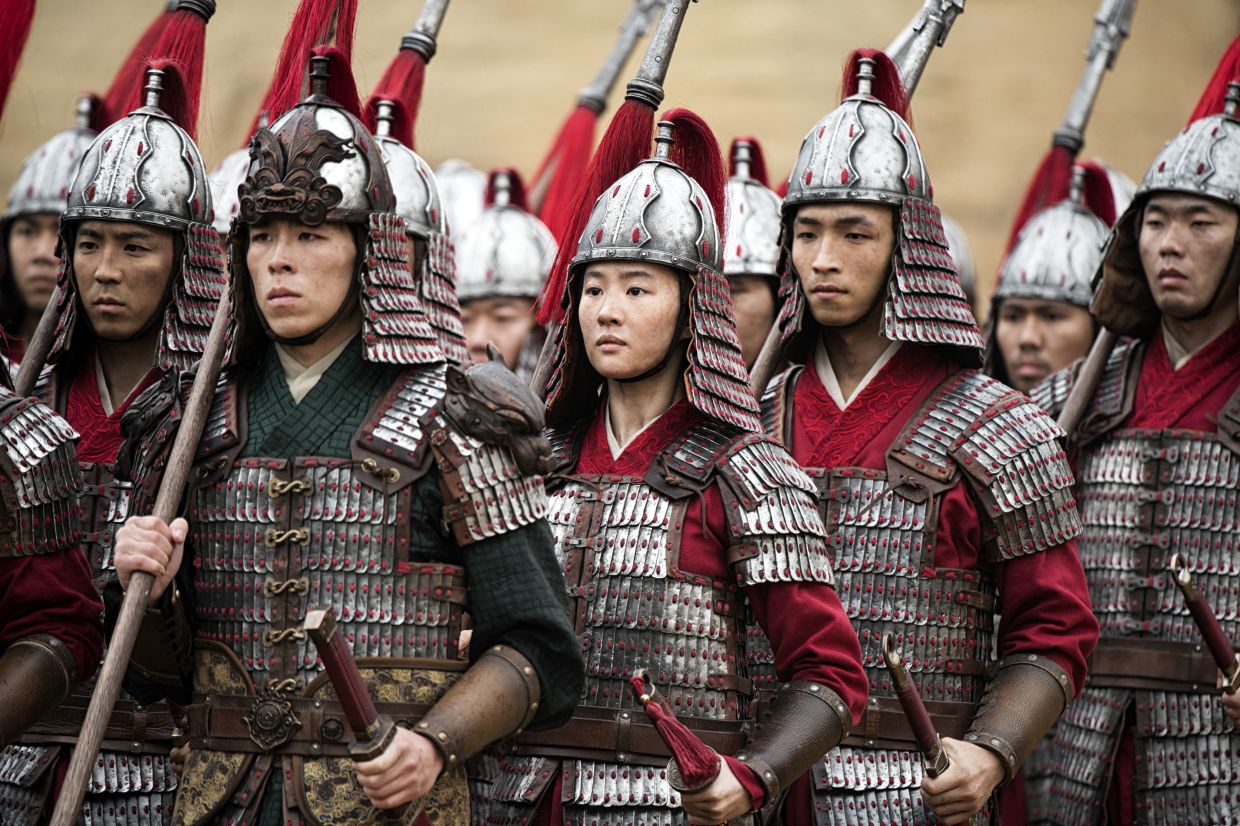 This is good news to Premanand Nanu, 51, who loves the experience of watching movies in a huge cinema hall.

The director of a company said: “Every day has been family movie night at home during the MCO.

"But I think only certain movies can be viewed at home like comedies and dramas. You can’t watch blockbusters on TV, the experience is not the same.”

Even as some fans are willing to go back to cinemas, and film exhibitors taking every safety measure possible, there is still another major concern – availability of content.

Koh explained: “With the postponement of Hollywood, local, and other regional titles, we have minimal content till end of July and will have to rely on independent titles and re-runs to fill our screens when we reopen.” While the more luxury cinema halls might be a safer option, the costly ticket price may be too much for some especially now. Photos: Golden Screen Cinemas

Nonetheless, she promised: “If all goes well and the global cinema industry reopens, we will have an exceptional slate of movies for the rest of the year.

“We are optimistic that when these highly-anticipated movies are released – movie lovers who are tired of streaming their movies at home will return to the communal experience of watching movies on the big screen.”

But not everyone is convinced or rather they are taking a different stance.

While college student Aisha Ahmad, 20, loves going to the movies, she divulged that she will not be visiting the cinemas in the near future.

“I can’t afford to spend money on watching movies as I have more urgent expenses to take care of, ” she said. 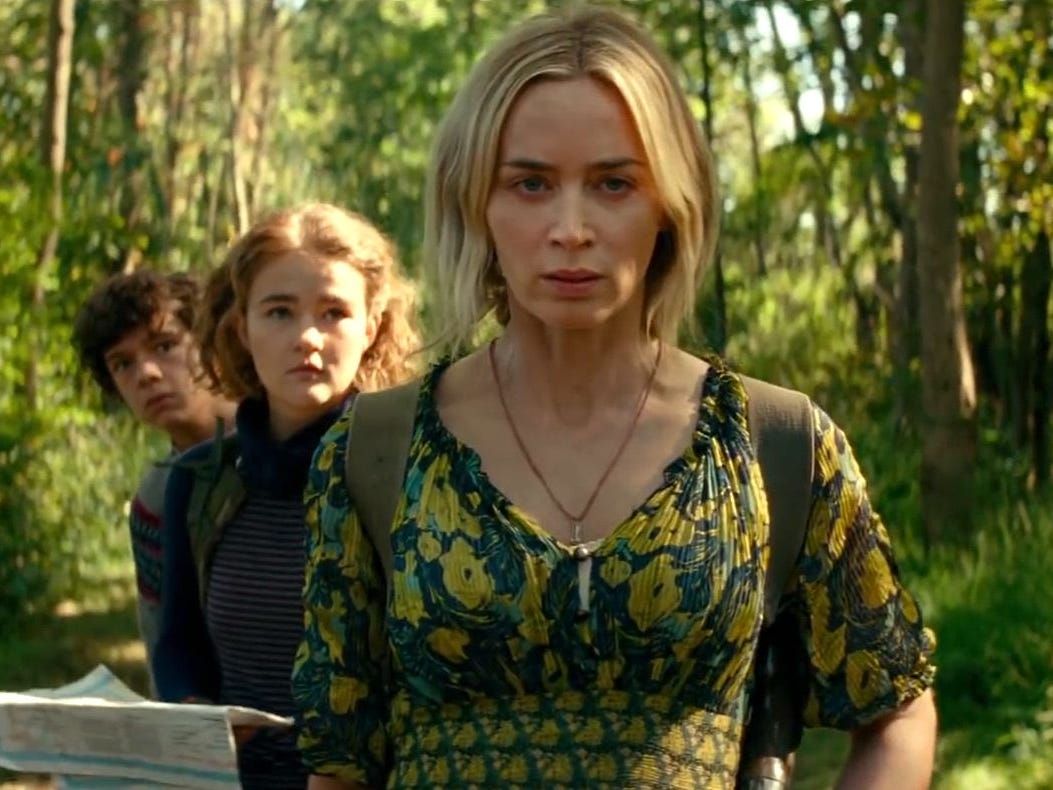 And Nur Izzaty Shaifullizan has her own reasons for skipping the big screen.

The 24-year-old said: “If there’s no vaccine, then I won’t be going to the movies. We don’t know how often they sanitise the seats.

"They say they sanitise each time, but who knows for sure.

“If I want to watch a new movie, I would pay for it on Astro First or wait for it to come on Netflix. "My father suffers from a critical illness, so I would never do something to risk becoming a carrier and jeopardising his health.”

Although fans are divided about visiting the cinemas again, the film exhibitors believe that with good content, things will return to some form of normalcy.

Koh explained: "In the initial period, we do expect moviegoers to have lingering concerns about the virus and be cautious, but we trust they will appreciate the extensive safety and health measures we have put in place to provide them with peace of mind when they revisit the cinemas.

"As we do not know how long this situation will last, we must learn to adapt to the new normal by working together as a community and being responsible for our personal health and hygiene."

This notion is echoed by cinema-goer Wong: “There’s this amazing communal experience going to the movies; other people’s laughter can elevate yours.

“Or just the amplified viewing experience given how the size of the screen and sound cannot be reproduced at home.

“The cinema experience is incredibly important to me and Covid-19 may change the way cinemas operate, but it won’t change my affection for that experience.” 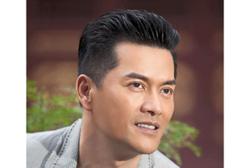