Is 'Too Hot Too Handle' the new 'Love Is Blind'?

Whether the movement control order (MCO) extends beyond April 14 remains to be seen.

Regardless, the practice of staying home and social distancing might be here to stay for a while. It’s a good thing there’s a new slate of TV shows hitting our shores this April to tide us over:

Too Hot To Handle

Hot on the heels of the popular dating show Love Is Blind - which sees singles date and even propose without ever meeting each other face to face - Netflix is dishing out another one with an equally interesting premise.

In Too Hot To Handle, 10 attractive, commitment-phobe singles are left in a tropical paradise, where they can get to know each other better.

But to walk home with its US$100,000 cash prize, the contestants must resist physical intimacy - and that includes kissing. Each time they slip, the prize money dwindles.

Too Hot To Handle premieres April 17 on Netflix.

An act of betrayal causes a kingdom to fall. Its princess, troubled by the sight of her people being enslaved by a new ruler, vows to find a powerful spiritual lamp which can destroy her enemies and save her people.

Along the way, she meets and falls in love with an immortal, who she later learns has a connection to the spiritual lamp. Starring Zhao Lusi and Zheng Yecheng.

New episodes of Love Of Thousand Years premieres every Friday and Saturday on dimsum entertainment.

This big, happy, hilarious family has entertained viewers since 2009. Unfortunately, the eleventh season of Modern Family will be its last.

Among the new developments this season includes Haley’s new life as a mum to her twins, Alex goes to Antarctica while Luke develops an app.

In this six-episode British drama, the wealthy 60-year-old Julia falls for 36-year-old Benjamin. As their relationship progresses, her children fear Benjamin is in it for the money. Starring Julia Ormond and Ben Barnes.

Oscar-winning actress Cate Blanchett seldom does TV, which makes her involvement in Mrs. America all the more exciting.

Based on a true story, the nine-episode series focuses on the movement to ratify the Equal Rights Amendment to the U.S. Constitution, which would allow women to be treated equally in the eyes of the law in matters like employment, divorce and so forth. 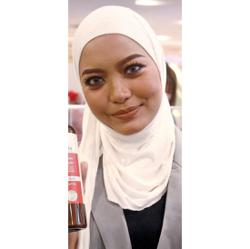 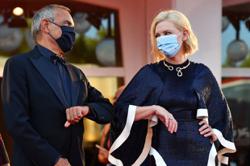 Cate Blanchett on Venice, virus and why lessons weren't learned