If you're staying home to minimise the spread of Covid-19, here are some educational and entertaining shows you and your kids can watch.

School holidays are in but going out may not be an option for you and your kids, at least until the Covid-19 outbreak is over.

Fret not, there’s plenty to do at home, especially with our selection of kid-friendly TV shows that serves to entertain, educate or both.

Whether you’re at home or outside, unexpected situations may crop up and pose a risk to your child’s safety. This animated series sees a group of kids encountering a wide range of scenarios like getting stung by a bee or when a stranger shows up at their doorsteps when no adult is around.

The show then gives tips on how they could deal with these situations, keeping their safety foremost in mind. The South Korean series is available in English and Mandarin.

Daily Life Safety With Amber is on dimsum entertainment.

Odd Squad is a fictional organisation run by children. They investigate strange occurrences happening in their town, and employ math principles to solve them. This award-winning Canadian-American educational series comes up with interesting storylines to teach math concepts to children.

Did you know even kids can benefit from learning to do yoga? This Taiwanese series teaches yoga in a way that appeals to kids to help them concentrate better besides improving their flexibility.

Is your kid the next tech whiz? Helpsters, a spin-off of Sesame Street, is designed to introduce simple coding concepts to young children. Look out for celebrity appearances like Jason Mraz and Christina Perri.

Helpsters is on Apple TV+.

An ice-cream that never melts? The lovable half-human, half-animal Enchantimals are heading to Frozenwood to find this mysterious creation plus undertake other fun-filled journeys. 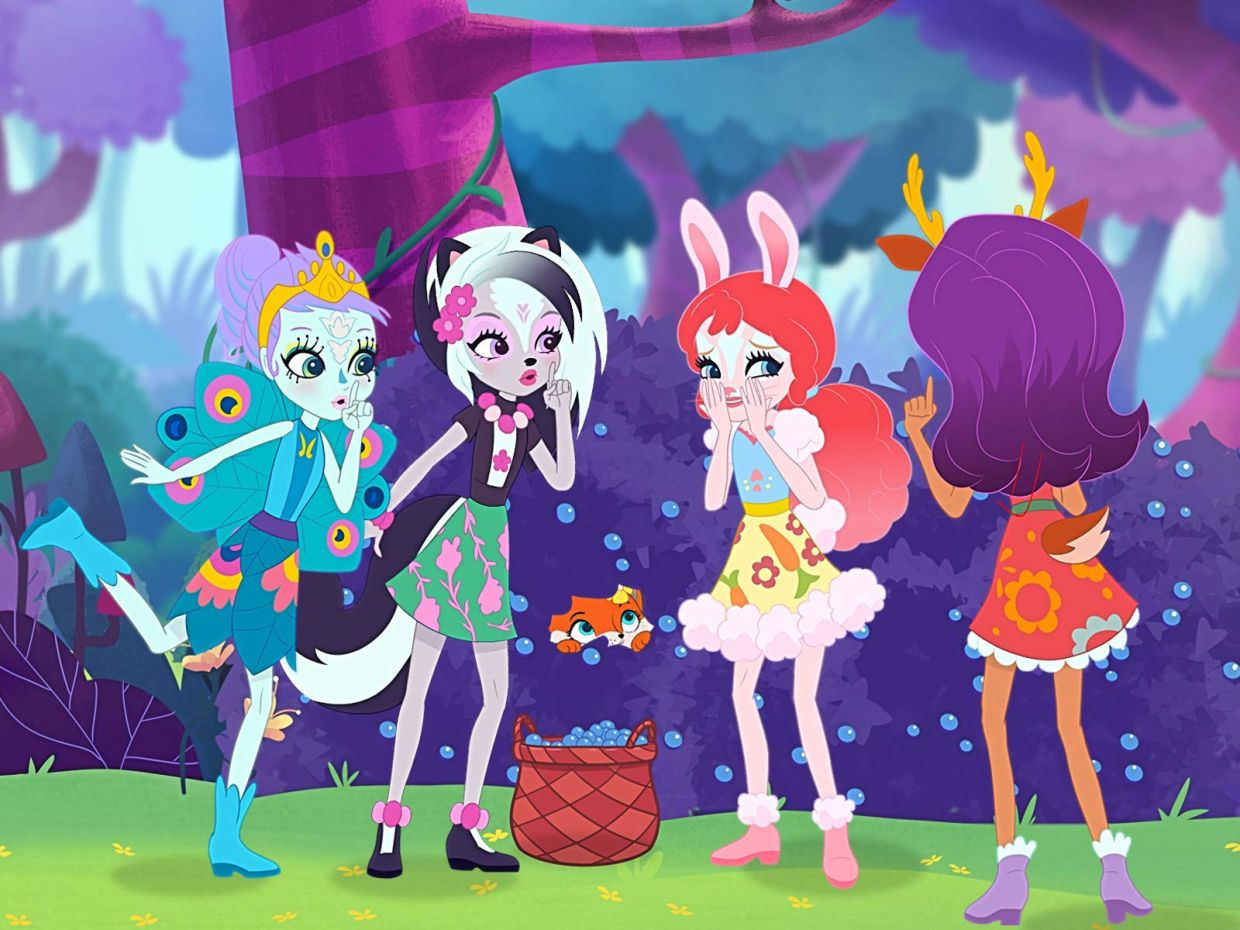 Did you know this animated series is made in collaboration with Nasa? Designed to spark curiosity among children about space exploration, Snoopy In Space begins with the world-famous beagle Snoopy, who dreams of becoming an astronaut, going on a field trip to Nasa. There, he is chosen to undergo astronaut training before embarking on an elite space mission.

Snoopy In Space is on Apple TV+.

These iconic locomotives are back and embarking on an adventure to India, Australia and China, gaining new friends and experiences along the way.

The franchise began as a TV series in 2009. After losing their parents, twins Upin and Ipin are being cared for by their elder sister Kak Ros and grandmother Mak Uda. The show chronicles the twins’ childhood, set against Malaysia’s rich cultural heritage.

Upin & Ipin Season Four to 12 is on Astro’s On Demand VOD.

A tree in young boy Tom’s backyard serves as a portal of sorts, whisking him away to the magical world of Treetopolis. He befriends a group of colourful characters in this world, who may need his help every now and then.

To activate certain magical spells and help them, Tom has to make certain movements. He demonstrates these movements and encourages viewers to join him. The British series is designed to help children develop their movement and coordination skills. 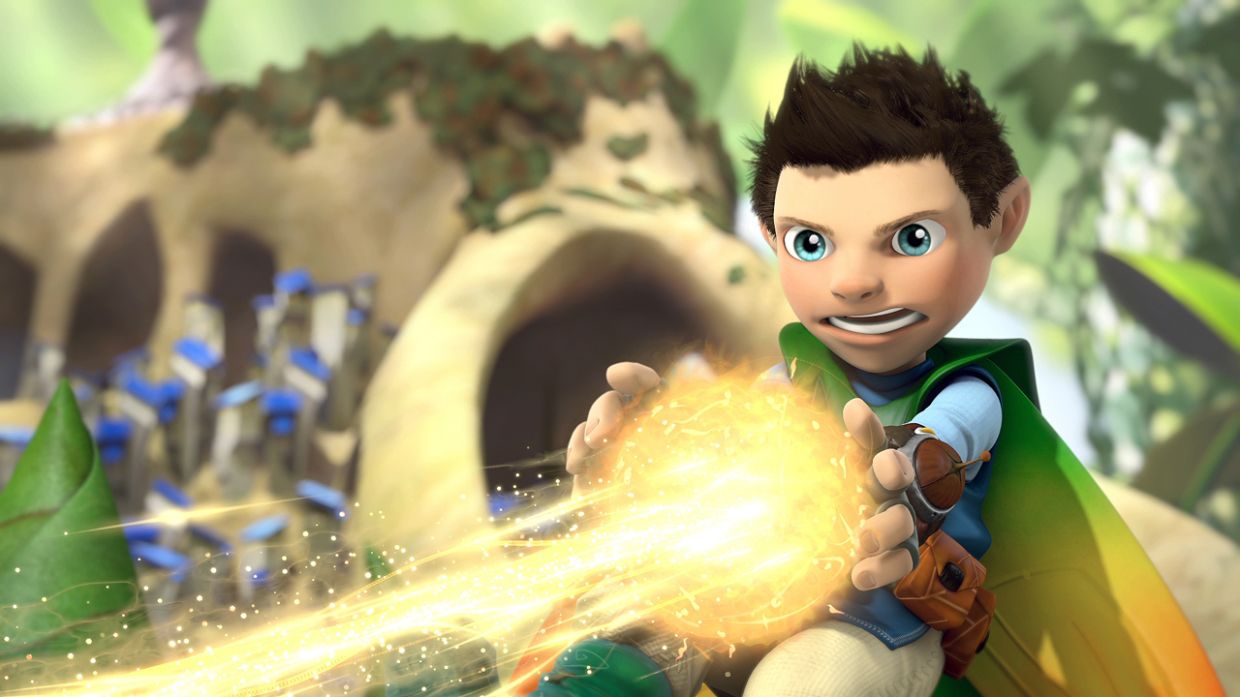 This Australian series has been drawing the attention of both kids and adults. The Inbestigators sees four 10-year-olds running a detective agency.

They solve mysteries that take place at their school and neighbourhood, from figuring out why their neighbour’s parcels keep disappearing to who stole one of their classmates’ school project. Starring Maudie Miller and Ezra Banks.

The Inbestigators is on Netflix.

The Expanding Universe Of Ashley Garcia

At just 15, Ashley has PhDs in Robotics and Applied Mathematics. The series chronicles the prodigy’s endeavours as a robotics engineer and scientist while being a teen. Paulina Chavez, Conor Husting and Mario Lopez star.

The Expanding Universe Of Ashley Garcia is on Netflix. 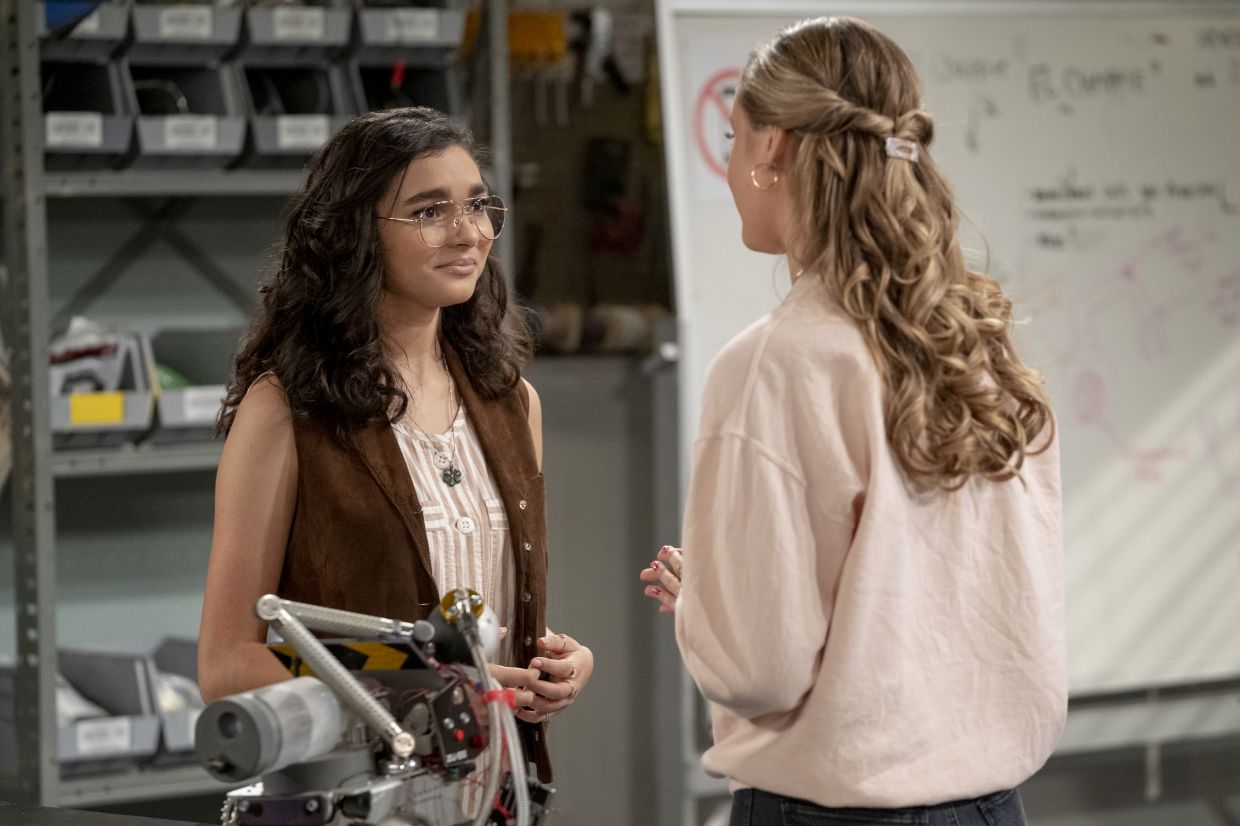 The Expanding Universe Of Ashley Garcia

Being a teen has its fair share of challenges, but even more so if you’re the new kid in school. This Malaysian series opens with Adam who has just moved to a new school and is feeling the first day jitters. Follow his journey as he navigates secondary school life. Starring Idan Aedan, Mia Sara and Wafiy.

SMK is on Astro’s On Demand VOD.

If you’re a fan of popular American series Wizards Of Waverly Place, be sure to check out the Malaysian version. Set in Kuala Lumpur, Wizards Of Warna Walk follows the magical adventures of the peranakan D’Cruz family.

Mum and dad Jasmin and Norman are wizards who run a kopitiam. Meanwhile, the kids, Amelia, Alissa and Aiden have to navigate between school life, being teenagers and learning to use their magical abilities responsibly. Starring Afdlin Shauki, Carmen Soo and Emma Sofea.

Wizards Of Warna Walk is on Astro’s On Demand VOD.

The series follows the 11-year-old physics prodigy Sheldon Cooper who definitely has the smarts but finds it challenging to make friends at school.

Growing up is hard for him but with the support of his family, especially his mum Mary, the show encourages us all to embrace our gifts and our own uniqueness. The show, a spin-off of The Big Bang Theory, stars Iain Armitage and Zoe Perry.

Young Sheldon Seasons One to Three are on Astro’s On Demand VOD.

This reboot of the 1990s TV show sees four kids come together when a ghost begins haunting a neighbourhood bookshop, releasing fictional characters from classics like Alice In Wonderland and The Jungle Book into their world. The series not only works to entertain but encourages reading among children. Starring Isaac Arellanes and Amadi Chapata.

Ghostwriter is on Apple TV+.

10 awesome songs to sing while you wash your hands