Chau checking out the props in a magician's studio in a scene from All's Well Ends Well 2020. — Handout

Having started her career as a lingerie model, Hong Kong actress Chrissie Chau has made a successful transition to acting, with 55 films to her name and widespread praise for her roles in movies such as sports flick Beach Spike (2011), Malaysian romance Paper Moon (2013), HK rom-com iGirl (2016) and the female-centric 29+1 (2017).

While she now prefers to dress more modestly, Chau is still not one to not shy away from sexy scenes – her latest role in HK rom-com All’s Well Ends Well 2020 sees her performing a fight scene with only a towel to cover herself.

In the movie, Chau plays a multi-talented young woman named Mona. Together with Dada Chan, who plays her younger sister, they go around scamming the rich to help the poor. When the comely pair meet a similar-minded trio of scheming brothers (played Raymond Wong, Julian Cheung Chilam, and Louis Cheung) they decide to join forces to dispense some Robin Hood-style social justice. 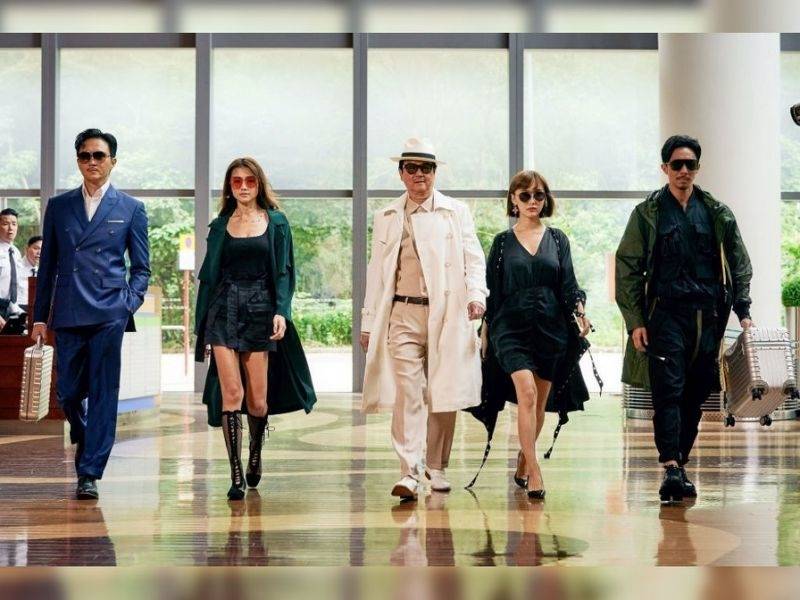 Chau, 34, revealed that she was elated to have Hong Kong heartthrob Chilam, 48, portray her love interest in All’s Well Ends Well 2020. They recently worked together in action drama The Impossible Three, which was filmed in Klang Valley.

“While we have collaborated before, this movie is really the first time we’re playing lovers. And this time it’s a comedy, plus All’s Well Ends Well is a classic franchise, so it’s just great.”

A model-turned-actress, Chau admitted that she really enjoyed the role, because it is a very special, multi-faceted character. “Because she is a con woman, she is always acting like somebody else. I get to try all sorts of different looks. Sometimes, I don’t even recognize myself at all. So, it’s a whole lot of fun, ” Chau laughed, adding that this is her first ever Chinese New Year movie. 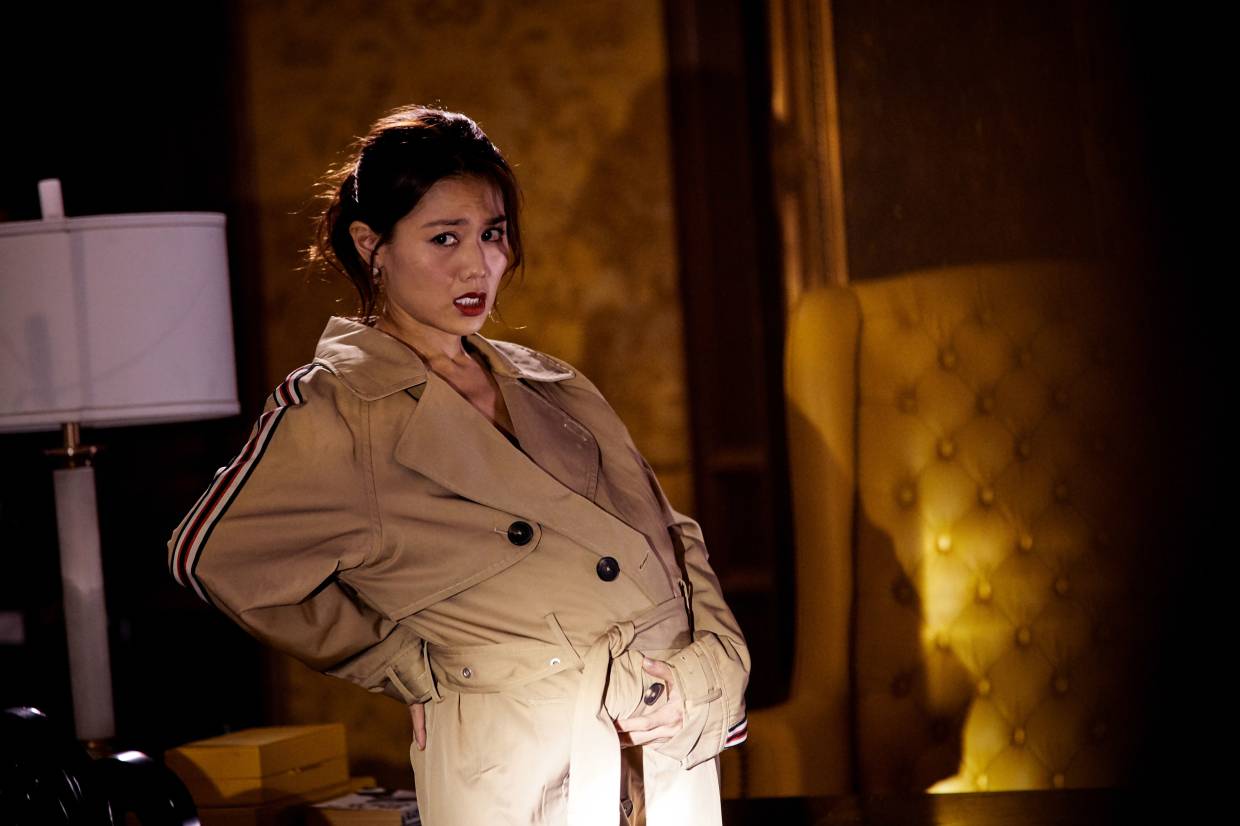 Chau pretending to be a pregnant woman in a scene from All's Well Ends Well 2020. — Handout

In the movie, Chau performs a very daring scene where she has to fight off baddies while wearing nothing except for a bath towel. Part of it even shows the towel unfurling to reveal her toned back.

As part of her preparations for the scene, Chau increased her workout intensity by frequenting the gym more regularly and restricted her diet to bland food apart from already reduced calories. “I hoped to quickly achieve a toned back and an overall agility and grace that would make it a stunning action set piece.”

After reading the script, Chau instinctively knew that the fight sequence would be a pivotal scene for her character. “I took it up with the director, and we had many discussions about how to execute it, ” she said.

“In the scene, Chilam has been captured by baddies and my character has to rescue him. But since she has just stepped out of the shower, she has to quickly grab a towel to cover herself as she is not wearing anything.

“Executing a fight sequence while wrapping myself in a towel... To me, this scene was crucial to her character development," she said, adding that the scene showcases her fighting ability, quick reflexes, resourcefulness, and selflessness.

“Being a woman, I wanted the fight choreography to look beautiful and visually appealing. It turned out to be a captivating and skillfully choreographed fight sequence, where I would even make use of the towel as a weapon to fight off the baddies.”

“The most challenging part was making sure the towel is securely wrapped around me while I was fighting. We took all sorts of precautions, including taping the towel in place. But it still felt awkward as much of the footage showed more than was desired.

Another problem the crew did not expect was the hot summer weather.

“One would think that having no clothes on during summer would feel cool and breezy. Not at all. In fact, it was exactly the opposite – it was really hot!" she recalled. "The heat and humidity of summer meant I was constantly sweating. I ended up completely soaked in perspiration and really looked like I just took a bath.

“Since my skin was too wet, the towel kept snagging and wouldn’t unfurl like it was supposed to. That was particularly awkward, and we had to do so many retakes that it took a whole day to complete the sequence.

“I felt really sorry for Chilam. Because, he was tied to a chair, so he had to sit facing me all day and didn’t even dare to look!”

10 shows to watch on dimsum entertainment this Chinese New Year

How to eat healthy (and not overeat) this Chinese New Year

Have a chic Chinese New Year with these luxury fashion accessories