'I learned a very, very valuable lesson very early in my life: You work hard and you don’t complain. I work extra hard because I don’t think I’m naturally as gifted as some of my peers,' says Nikki Sixx, who has a new autobiography out. Photo: AP

The Mötley Crüe co-founder and bassist looks back at his formative years in his new autobiography The First 21: How I Became Nikki Sixx, revealing family secrets and the origins of his drive to succeed.

"If some young musician picks up my book, they’re going to go, ‘Oh, wow.’ Yes, it’s entertaining. And, yes, there’s revelations. But there’s sort of a roadmap in here to success,” says Sixx, before adding: "Don’t use my exact roadmap.”

Few heavy metal acts were as notorious in the 1980s onstage as well as off as Mötley Crüe, whose songs include Looks That Kill, Shout At The Devil and Girls, Girls, Girls. Fuelled by drugs and booze, their stage show included excessive amounts of pyro and chain-sawing the head off a mannequin filled with blood.

The First 21, written with Alex Abramovich, charts Feranna's birth in 1958 to the date in 1980 - before Mötley Crüe founded - when he finally let go of his father and legally rechristened himself Sixx, a name he admits he stole from another artist. The book release coincides with his other band Sixx:A.M. releasing a retrospective album with their biggest hits.

Elements of his childhood seemed idyllic as he bounced from farm to farm and state to state, including Idaho and Washington. He put playing cards in the spokes of his bike to mimic the sound of a motorcycle and went to Dairy Queen. He sold worms for pocket money and played defensive end on the high school football team. (Later, in Mötley Crüe, he would paint dark stripes under his eyes as a tribute to those days).

But there was also neglect and a complicated family life. His father abandoned him early on and his mother was a wild-child, who once dated Richard Pryor. He reveals he had a sister, Lisa, who was born blind and with Down syndrome. He was never allowed to know her.

Sixx was mostly raised by his grandparents, and they instilled in him a fierce work ethic. He worked hard - on potato farms, in steel manufacturing, rug cleaning, being a janitor, selling light bulbs. To be fair, there also was some shoplifting and light breaking and entering. His car was so busted up he had to drive it backward if he wanted to go up hills. He even sold his own blood. 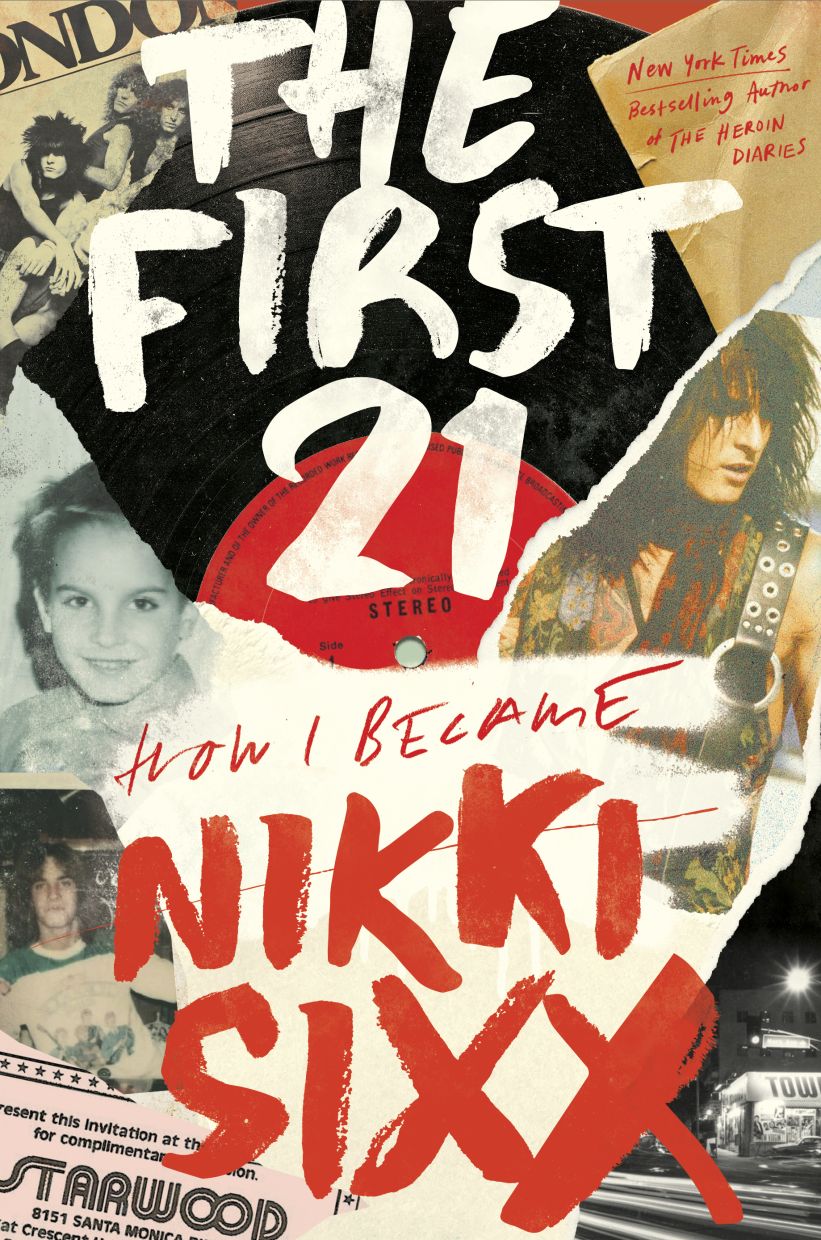 "I learned a very, very valuable lesson very early in my life: You work hard and you don’t complain,” he says. "I work extra hard because I don’t think I’m naturally as gifted as some of my peers.”

That work ethic showed up in the writing of the book, says Brant Rumble, an executive editor at Hachette Book Group who edited Sixx's book and has worked with such stars as Julie Andrews, Peter Frampton, Rob Halford, Barry Sonnenfeld and Patton Oswalt.

"He didn’t relent and he wanted this to be all it could be,” says Rumble. "When you work on books by people who are notable for other walks of life - whether they’re musicians or comedians or actors or whatever they are - you don’t always get that, right? They’re not as involved. But not the case with Nikki. He applies the hard work to whatever he does and it shows.”

There are fascinating life-changing pivot points - Sixx calls them "moments of impact" - like the decision to take a Greyhound bus down to Los Angeles with just his guitar, some cassettes and a bagful of clothes.

Another was when he was offered the bassist spot in what would become another influential metal band, Quiet Riot. For some reason, he declined, even though his band at the time, London, wasn't taking off.

"The rock god up there said, ‘No, not for you. You’re just going to stay over here and starve a little bit longer,’” says Sixx.

He has included plenty of photos to document the transformation from all-American small town boy to skinny rock god with long hair. He also purposely included ones capturing him in an awkward stage.

"I put those photos in the book on purpose because I wanted people to be like, ‘Yeah, I had that, too.’”

Sixx barely mentions his Mötley Crüe bandmates, Tommy Lee, Vince Neil and Mick Mars, who have been covered in his The Heroin Diaries, This Is Gonna Hurt and Neil Strauss' The Dirt.

This is very much Sixx's story, a father now himself settled in Wyoming with his family - not far from Idaho, where much of his story started - who is feeling around in his past.

"I really wanted to come at this with empathy on some of the characters that were in my life because it’d be really easy to bring out the guillotine, start taking people’s heads off,” he says.