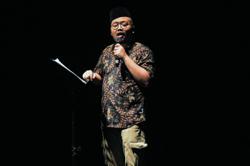 In these troubled times, Usman Awang’s humanist literary works remain as vital and inclusive as ever in unifying Malaysians. Photo: Filepic

“When can all citizens enjoy rights of equal justice, of equal treatment, and be known as one nation: Bangsa Malaysia?”

The late National Laureate Datuk Dr Usman Awang immortalised those words in arguably one of his most personal poems called Sahabatku, dedicated to his close friend Dr MK Rajakumar, where he reflected on the inequalities among Malaysians.

For co-founders of the Kuala Lumpur Performing Arts Centre (KLPac) and The Actors Studio Datuk Faridah Merican and Joe Hasham, who were close friends of Usman, this best epitomises the man’s humanist personality.

“Usman was so passionate about the muhibbah spirit. He was just full of love for humanity. He never had a mean streak in his body, never showed hatred for anyone and he was always smiling,” recalls Faridah, who had known Usman since the 1960s, during a recent interview.

"Usman best represents an alternating current. His writings often reflect and question the realities in culture, society and behaviour," she adds.

Born Wan Osman Wan Awang in 1929 to a poor family living in a fishing community in Johor, this former coolie, policeman and reporter rose to become one of the most respected and celebrated literature icons in Malaysia.

Usman hailed from the small coastal town of Kuala Sedili, and was known for his passion for the arts. He began writing at age 19. In his early years, he also used the pseudonym “Tongkat Warrant”.

Through his thoughtful and progressive works, which addressed the importance of racial harmony, he became a true advocate for multi-racialism, having travelled the world and observed various cultures and peoples. 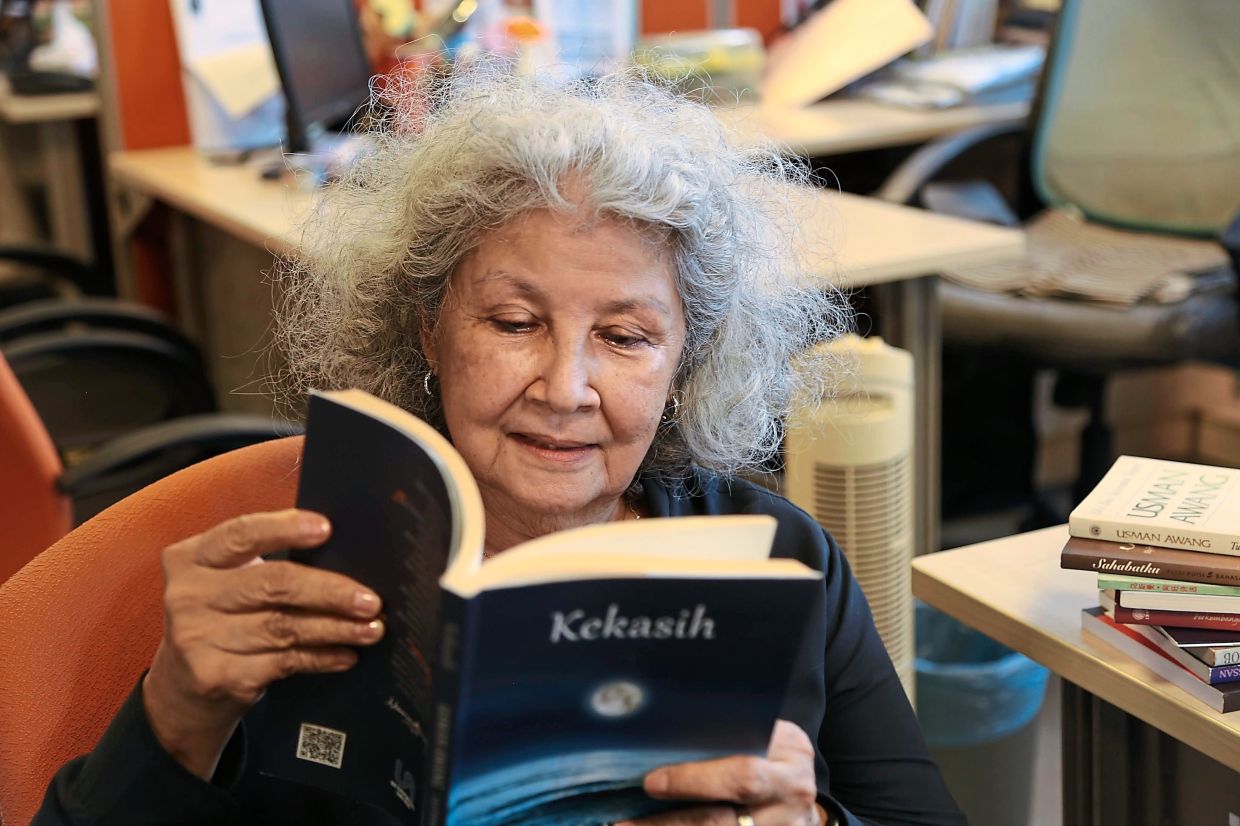 In his writings, poems, plays and novels, he never lost sight of his dream of a united Malaysia.

Usman was part of the literature development department at Dewan Bahasa Dan Pustaka in Kuala Lumpur until retiring in 1985. he died of a heart attack on Nov 29, 2001.

A place in history

For Faridah, the literary legacy left behind by Usman needs to be shared with all Malaysians.

Experiencing Usman Awang, opening at KLPac’s Pentas 2 on Oct 21, is an on-site show (with a limited audience) designed to do just that.

Directed by Faridah, the 90-minute showcase aims to not only pay tribute to this much-beloved poet and playwright but also introduce the man and his prominent works to a new generation.

With themes of love, compassion, unity and a spirit of togetherness, qualities Usman was known for, the upcoming show reimagines of his works in different languages (Bahasa Malaysia, English, Mandarin and Hokkien) and artistic forms.

The show spans artistic mediums such as poetry, dance and music.

“This is our effort to resurrect the memories of Usman and his writings. We want them to be remembered and live in people’s memories and hopefully, excite them to pick up his works. As for me, Usman will forever live in my heart and mind,” says Faridah, who played the role Dara in a musical version of Usman’s beloved work Uda Dan Dara at Universiti Malaya in KL in 1972. Through dance, Zhafir Muzani will be reflecting on the loss of a loved one in Usman’s heartfelt 'Ke Makam Bonda'. Photo: KLPac

It was regarded as the first Bahasa Malaysia theatre drama to be given a Western musical makeover.

On the theatre front, Usman was also known for Tamu Di Bukit Kenny in the late 1960s, while his drama Matinya Seorang Pahlawan was shown in Bahasa Malaysia (with English translation) in Manila, the Philippines in 1971.

The friendship between Usman and Faridah went back a long way, with theatre life keeping them in close contact.

In November 1998, The Actors Studio, alongside some of local theatre’s finest, honoured Usman’s works with a loving tribute Salam Benua at Plaza Putra in KL.

It was the arts community throwing its own unique party for Usman, marking his 50th year as a writer. As recently as 2019, KLPac’s Don’t Let Usman Awang Know tribute, presented in multiple languages, showed its enduring commitment to keep Usman’s legacy alive.

“I think the reason why it’s so important to Faridah is that not only does she appreciate his works and his literary genius, but because she had a very close personal relationship with him.

“I think that makes a huge difference in her attitude towards Usman it is a very personal and deep seated love of the man and his works,” says Hasham, who will be reading Scattered Bones (Tulang Tulang Berserakan), a classic piece of work that brings together action, tragedy and joy. “I have always been a big fan of Usman. Many an evening, like minded lovers of literature and poetry would gather at the then Century Hotel (in KL) to bring to life the written words off the pages of many writers.

“Usman drew many admirers of his works. But, and there’s a big but here, Usman’s work, sinfully, is not found much in our schools,” laments Faridah.

She quickly shares that Usman’s works are part of her “History Of Malaysian Theatre” class in the Tutas performing arts conservatory degree programme.

Chow, 42, recalls that Usman’s works were not part of his school syllabus. He was first introduced to Usman’s writings through his Bahasa Malaysia teacher’s own initiative when he was 16.

Coincidentally, she gave Chow and his classmates Merpati Putih, Jelajahilah Dunia Ini as a study piece, the very poem that he will be performing in Experiencing Usman Awang under Gan’s direction. 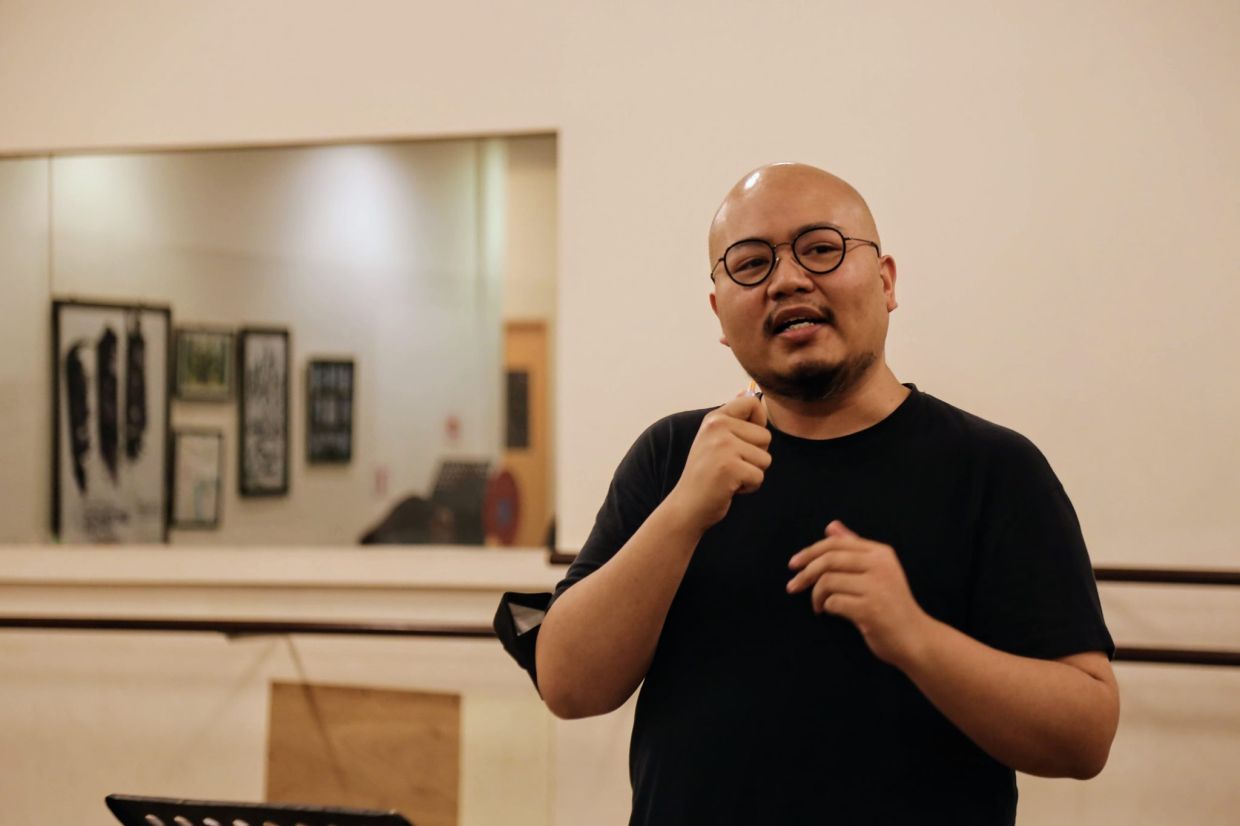 “Everyone appears equal in his works. He definitely does not discriminate or skew to a particular preference. That spirit is much needed nowadays since we are getting more and more fragmented as a society,” says Chow.

For the show ahead, Chow will perform with Tan Li Yang Gan. They will spotlight Gan's two Mandarin pieces with original music based on Usman's Merpati Putih, Jelajahilah Dunia Ini and Mata Ayah.

Experiencing Usman Awang was originally slated for a virtual show to coincide with Usman’s birthday on July 12. But Faridah held back and decided to pivot to an on-site show when theatres were allowed to reopen last month.

“These are very small gestures that we are doing for such a great man. These are the kind of gestures that Usman would appreciate, not a grand gala performance. This would be close to his heart,” says Hasham.

Hasham remembers meeting Usman through Faridah in the early 1980s.

“He and I became friends over makan and minum. And because of his relationship with Faridah, much to my absolute joy, he took a liking to me and he became my mentor not only in terms of my appreciation of the Malaysian performing arts and literature but also of life. The man had such a passion for humankind,” shares Hasham, 73.

Sheena Baharudin, who will be reciting Merpati Putih, Jelajahilah Dunia Ini, remembers the first time she encountered Usman’s works was at a library in her hometown Chukai Kemaman, Terengganu. She was 15.

“I remember flipping through the pages and looking at his picture on the back cover. He had a kind face. That stood out to me. When I was old enough to appreciate his works, it struck me that his poetry is replete with simple and quiet tenderness. They, too, are kind,” recalls Sheena, 39.

“We need more writings like his. Those that nourish us. Reflect, not react,” she concludes.

KLPac's public health guidelines: entry only for a fully-vaccinated audience (aged 18 above).