Datuk Sharifah Fatimah's new exhibition is inspired by her past travels to the Middle East and the Balkans. Photo: G13 Gallery

You may think that Datuk Sharifah Fatimah Syed Zubir Barakbah’s latest visual chronicle, Tales Of Solace, is a reference to the pandemic and year-long confinement that we were all subjected to. But you’d be wrong.

“Solitude and solace don’t refer to the pandemic, ” says Sharifah Fatimah candidly over the phone.

“After all, most artists prefer to work in solitary confinement and I have always worked alone. But the pandemic has disrupted plans for overseas travel with my family and I miss that. So, I create a lot of recollection works of the places that I have been to, such as landscapes and the texture of the earth, and caves especially, ” she adds.

Fifteen such artworks by the formidable artist, now in her 70s, are on display at G13 Gallery in Kelana Jaya, Petaling Jaya until March 20. The art on exhibit is a nod to her past travels to the Middle East and the Balkans in 2018. The distinctive series of paintings are a medley of iridescent colours of the Rose City’s eroded quartzose sandstones and the glorious archaeological wonder of Petra, sporting titles like Floating, Solace, Solitude and Redscape. The cave trail is 5.3km long. Elegant streaks, stripes and swirls spread across canvases in reds, golds and greens, almost inviting you to join the artist on her journey and see where it takes you.

Tales Of Solace also has a grander reference.

Born in Alor Star in 1948, Sharifah Fatimah’s artistic path began unfolding from childhood, and she remembers being taught “patience and the value of silence and solitude” by her great-grandmother, Sharifah Kamaliah al-Qadri, who she describes as astute, quiet and dignified.

The matriarch, who was a Sufi, and a role model to Sharifah Fatimah, often performed the Islamic devotional acts of zikir with repetitive utterances glorifying God, inspiring the artist to reflect on all creation, both heaven and earth and all that is in them. This reverence for the Creator’s handiwork is part of the inspiration for the self-contemplation in the artist’s work. For the uninitiated, Sharifah Fatimah has a penchant for unconventional materials and techniques – think collages of traditional textiles and crafts, such as woven mengkuang mats embellished with embroidery and gold leaf, and palette-knife paintings integrating eucalyptus bark. Her artworks are beautiful, calming yet thought-provoking, and like a masterclass in abstraction.

“I like working with many mediums... and I really enjoy every moment of discovery, ” she says.

Her long and illustrious journey in art officially began in 1967 when she was among the pioneer batch of fine art students at the Mara Institute of Technology (now UiTM). She went on to study at Reading University (England) and Pratt Institute (New York) and her works have been exhibited at New York’s Museum of Modern Art, Sharjah Art Museum in the United Arab Emirates and the Singapore Art Museum, among numerous other venues.

“One of my etchings was donated to the Museum of Modern Art by the-then President of the Museum, Mrs Blanchette Rockefeller lll, ” she shares.

As a young adult, she was actively involved in international art exchanges, organising art exhibitions of Malaysian artworks abroad in her capacity as a curator at the National Art Gallery, Kuala Lumpur (1982 to 1989) and later as an art consultant. 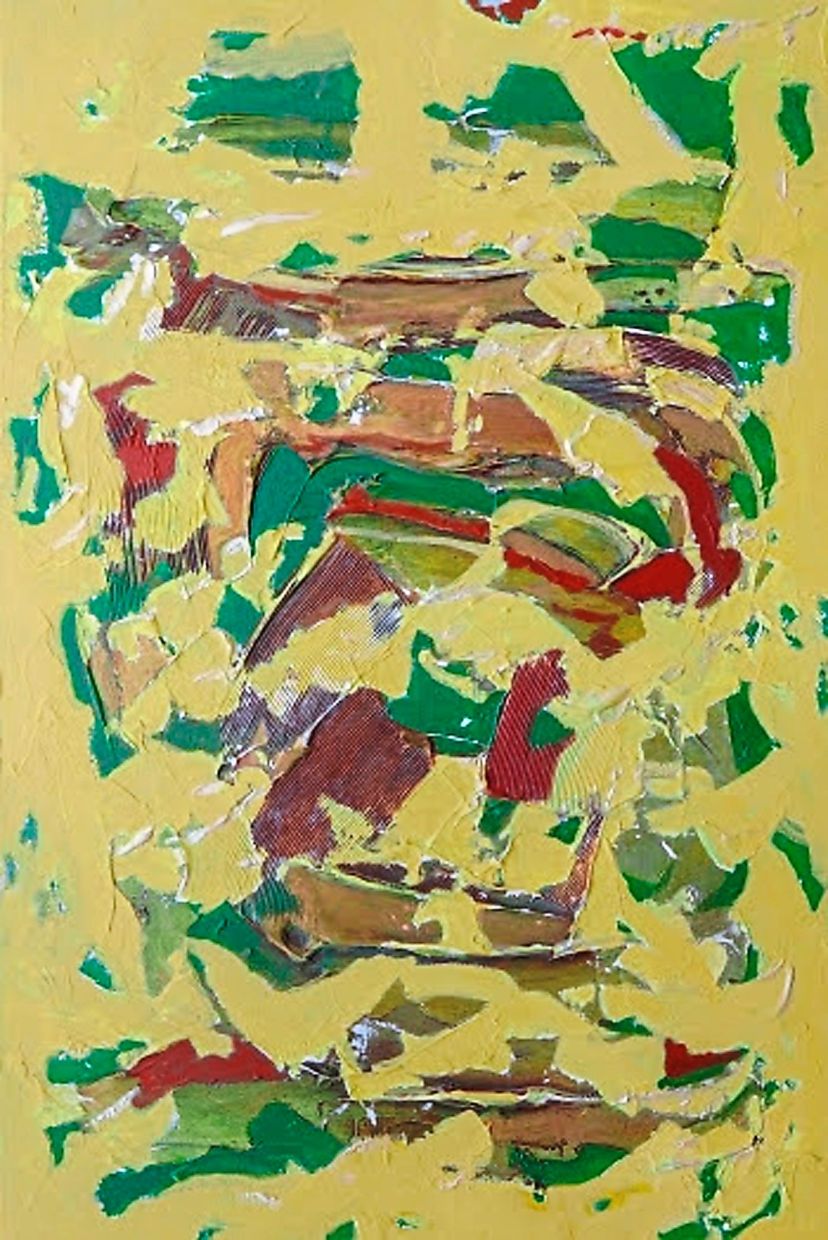 Tales Of Solace initially came about when an artist friend invited her to hold a show at his newly built house-cum gallery, Pipal Fine Art, in Janda Baik, Pahang, for art collectors two years ago in 2019.

After collapsing once during this time, she was unable to paint bigger works.

“I would get exhausted easily and couldn’t lift the heavier canvases, ” she says. “When the pandemic came, I started to focus on my work and by October 2020, I was able to put up this new series at Janda Baik. Soon after that, in November, we had to close down because the MCO was reinstated! A few collectors managed to visit the gallery before lockdown, but that was it. Everything had to shut down again.”

“Datuk Sharifah is among the most disciplined artists that I have ever collaborated with. She usually completes her work two months in advance of a given dateline. This is something I personally respect and I hope other young artists can learn from her, ” he says.

Tales Of Solace is on at G13 Gallery in Petaling Jaya, Selangor until March 20. More info here.

Despite delays, Malaysian painter finally opens her gallery with exhibit of women artists