Japanese author Haruki Murakami has collaborated with Uniqlo for a T-shirt collection. The series will be launched in Japan on March 8. Photo: Handout

Say Haruki Murakami, and what do you think of? The Japanese author is known the world over for beloved books such as Norwegian Wood, Kafka On The Shore, The Wind-Up Bird Chronicle and IQ84.

Now, Uniqlo has teamed up with Murakami for its latest UT collection, which is scheduled to be launched on March 8 in Japan.

The Kafka On The Shore design, for example, has a crow in silhouette overlaid with lines from the novel.

IQ84 pays homage to its alternate reality concept with its “Don’t let appearances fool you” text in reverse.

One of the Murakami Radio options features a cat at a writing desk, the drawing used for promotional material for Murakami’s ongoing Tokyo FM radio show that started last year during the pandemic. The back of this T-shirt is emblazoned with “Books, music and cats have been my friends from way back”.

Another design includes a quote from Murakami on music and writing novels: “‘For me, the trick to writing a novel, or shall I say elements, is the same as music. First, there must be a rhythm. Then you need harmony. And improvisation. These three elements are extremely crucial for me.’

There are also three pins and a sticker sheet, illustrated by Maki Sasaki and Masaru Fujimoto, respectively, with Murakami Radio imagery.

Born in Kyoto, Japan, in 1949, Murakami is known for his often surrealistic and melancholic work, characterised by themes of alienation and loneliness. His work has been translated into 50 languages and awards won include the Jerusalem Prize, the World Fantasy Award and the Franz Kafka Prize. 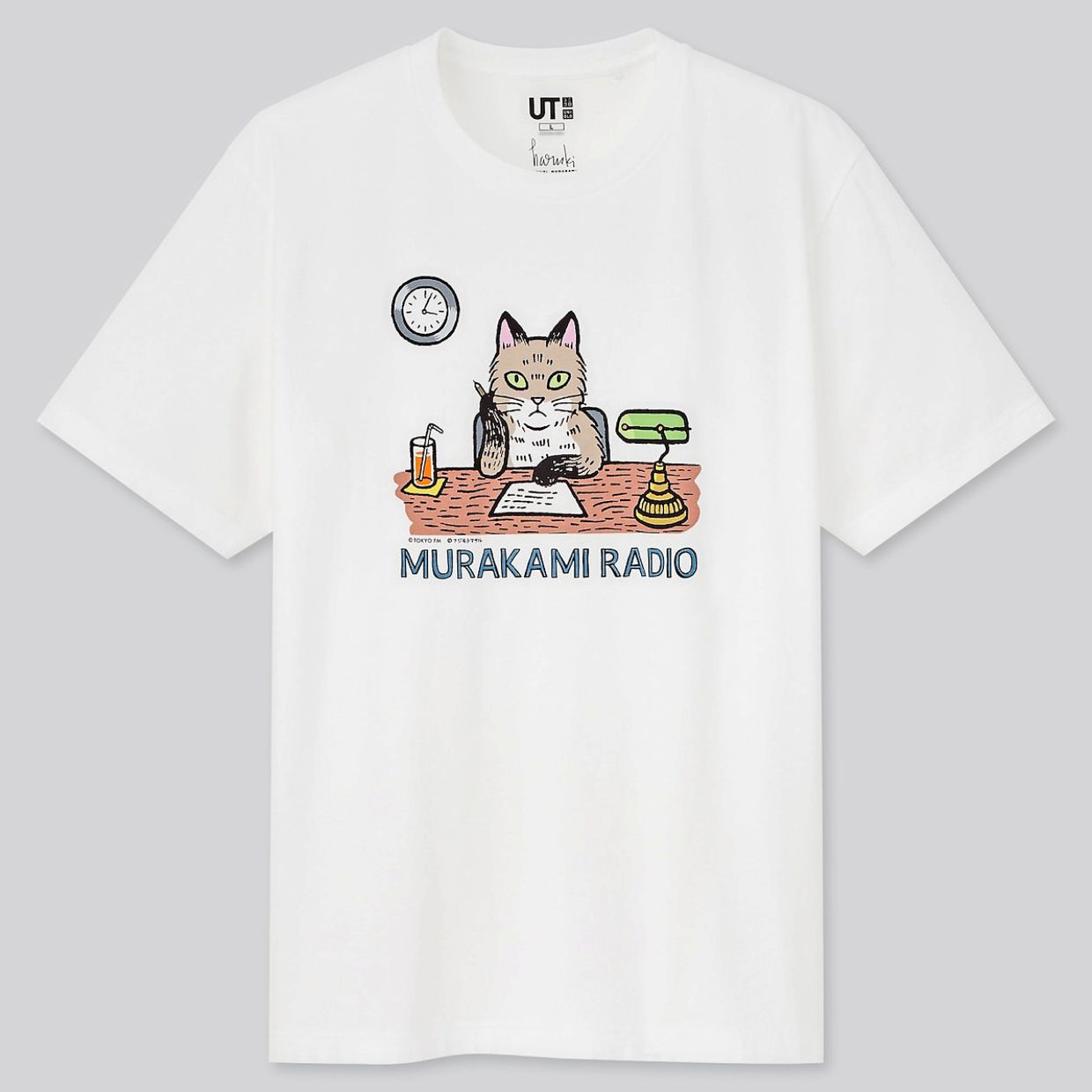 Japanese author Haruki Murakami has collaborated with Uniqlo for a T-shirt collection. The series will be launched in Japan on March 8. Photo: Handout

One of the T-shirt designs in the Murakami x Uniqlo collaboration that is inspired by Murakami's 'Kafka On The Shore'. Photo: Uniqlo

Besides the eight T-shirt designs, pins and sticker round up the Murakami x Uniqlo collaboration. Photo: Uniqlo