A new beginning for Burger & Lobster in Kuala Lumpur

All the lobsters at Burger & Lobster are flown in from Nova Scotia, Canada. Photos: BURGER & LOBSTER

Five years ago, London-based Burger & Lobster opened in Genting Highlands. Its arrival was heralded and celebrated, and the restaurant is often the reason behind many a holiday-maker’s decision to flock to the highlands.

Now, Klang Valley denizens will finally also have easy access to the massively popular restaurant, as it has opened an outlet in Kuala Lumpur. Ensconced in a corner of Suria KLCC, one of the city’s most cosmopolitan shopping malls, Burger & Lobster takes up a massive 418sq m space and is chic and sophisticated while retaining a casual allure.

Live lobster tanks are also a feature of the eatery as the crustaceans are typically cooked to order. Like its London predecessor, reservations are not possible, so expect the same long queues and wait times that are a familiar sight in the original flagship outlet.

Burger & Lobster KLCC also marks the brand’s first location in partnership with Aquablu Technologies. The company’s managing director Datuk Simon Foong is a huge foodie and traveller and was compelled to bring the brand to the Klang Valley as he himself is a fan of the outlet. 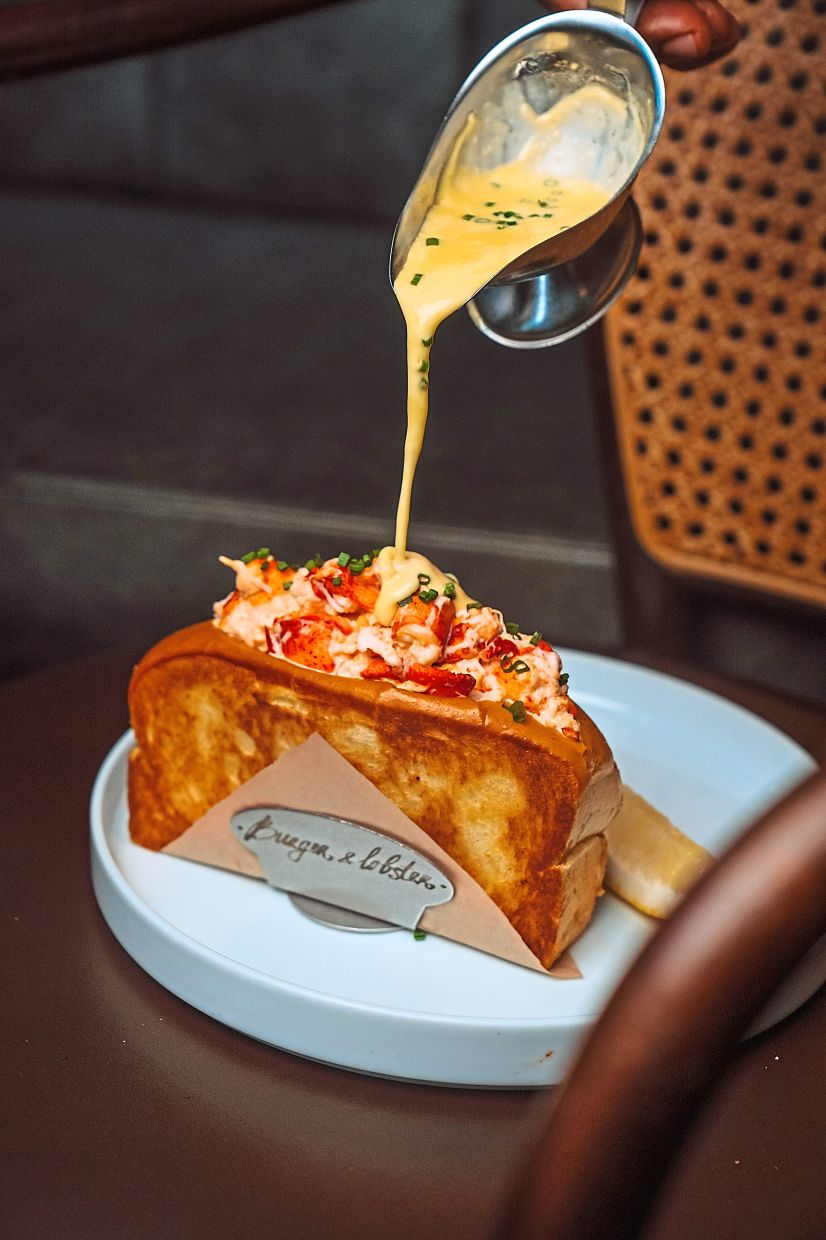 The lobster roll is stuffed to the brim with fat, fluffy lobster meat.

“Whenever I am in London, I make it a point to eat at Burger & Lobster. The quality and standard of their food, ambience, and service is second to none, and is something that I am sure will be appreciated in South-East Asia, particularly here in KL.

“I love introducing people to new experiences and relish the opportunity to make the Burger & Lobster brand more accessible in the region,” he says.

Burger & Lobster’s head of operations Francesco Rosano adds that there is a reason why the KL ownership is different from one in Genting.

“We do try to keep the brand under the same ownership in each country, but have we felt since the beginning that Genting and KL are two different realities. Genting is kind of independent so that’s why we have a different partner. After we opened in Genting, we really wanted to open in KL as well,” says Rosano.

In terms of what there is to eat, expect the brand’s hallmark burgers fashioned out of Nebraskan family-farmed beef and fresh live lobsters flown in from Nova Scotia, Canada. The menu is compact but has a host of familiar favourites that will prove instantly appealing. Interestingly, all the dishes are also cheaper than the Genting outlet.

To begin a meal here, order the Mayfair Burger (RM68). Here, you will discover a beef patty on a homemade sesame seed brioche bun, sauce, iceberg lettuce, tomato and homemade pickles. This is a burger that is the dictionary definition of “good”. The patty is incredibly juicy and succulent and this bovine goodness is the show-stopper in this configuration.

All the other accoutrements add texture and contrast, but it is the beef that will leave you euphoric.

If you’re up for it, boost your meal with the Fries and Salad (RM15). This sounds like pretty bog-standard stuff but trust me when I say it is so worth the additional investment!

The salad is a lively affair that slices through the richness of the burger, but the fries – well, these are fries that are in a league of their own. Each shard is perfectly salted, crispy on the surface and soft and tender on the inside. It’s a simple pleasure but one that has been done so well that it’s hard to prise your hands (and other wandering dinner companion’s hands) away from this. 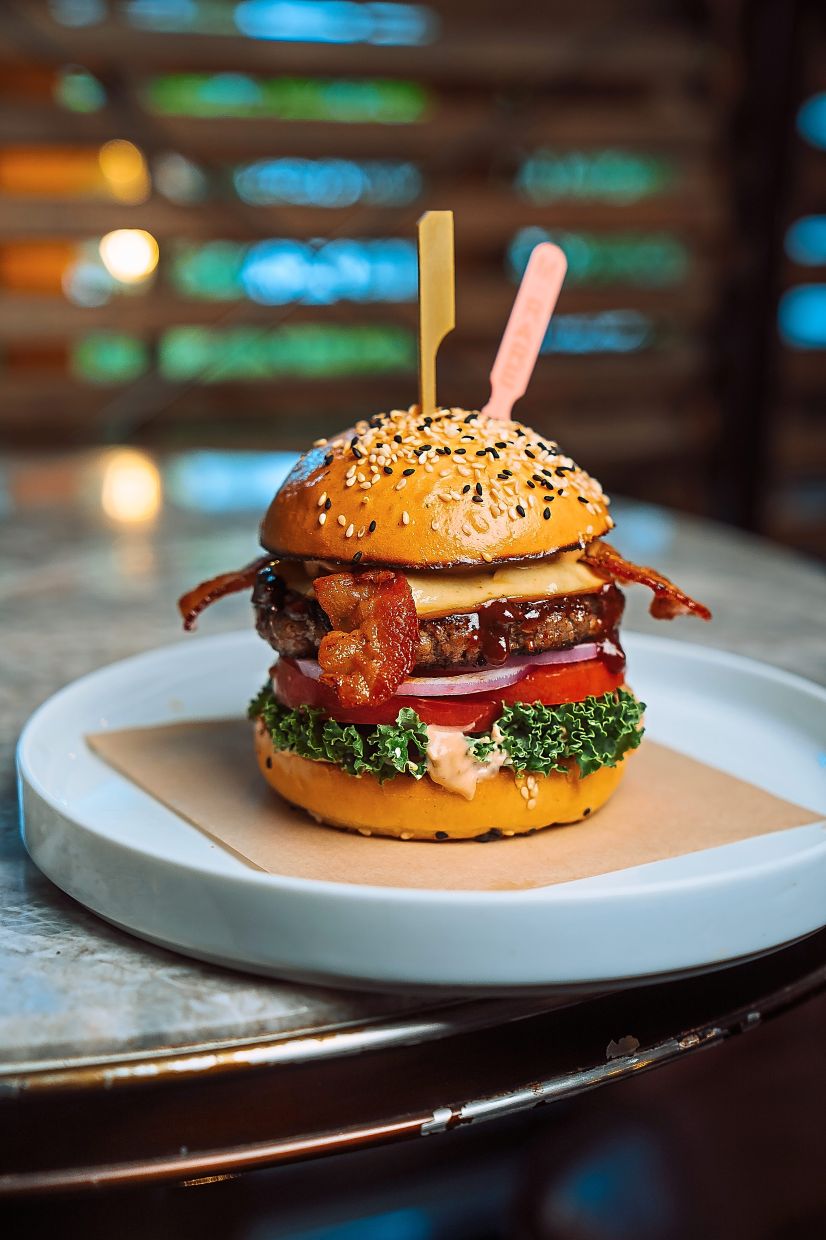 The Mayfair burger features succulent juicy meat and is sensational from start to finish.

Up next, try the Original Lobster Roll (RM130). Here, you will discover chilled lobster meat dressed in lemon mayo, sandwiched between a cushy brioche roll, garnished with chives and lemon and garlic butter.

The portion of lobster packed into the roll is extremely generous, so you will find plenty (and I really do mean plenty) of plump, tender lobster meat stuffed between a brioche roll that is the perfect vessel for all this aquatic goodness. It’s the ideal treat for a hot summer’s day or just one of those days when you feel like indulgence is necessary.

Jump onboard another option from the lobster train with The Original Lobster (RM220 for a whole lobster). Here, you can opt for wild-caught Canadian lobster served steamed, grilled or both. The steamed variant highlights the natural purity of the lobster meat and features voluptuous tufts of lobster that are incredibly sweet and fleshy. The grilled variant is also fantastic, and adds memorable charred, smoky flavour notes to the lobster.

Burger & Lobster KLCC has a singularly local dish (only available in this outlet), called Lobster Laksa (RM90). This dish was introduced to cater to the local penchant for laksa in all its permutations.

“We did a version of laksa in Singapore and it was one of our best-sellers. And every country that we go to, we actually try to do our version of the most popular local dishes. Obviously we collaborate with local chefs and we just tweak a little bit to give it more Burger-Lobster style, so it’s not an actual authentic recipe – we don’t go that far, we just do our own version,” explains Rosano.

In this dish, you will find noodles swimming in a creamy, slightly spicy gravy that is boosted and plumped by fat, chunky lobster meat, tofu puffs and bean sprouts. The highlight here is the dynamic duo of lobster and the seductively delicious laksa gravy, which is neither too thick nor too light and has vivacious herbaceous undertones.

It’s the sort of meal that will revive waning spirits and serve as a salve on days when nothing seems to be going your way. 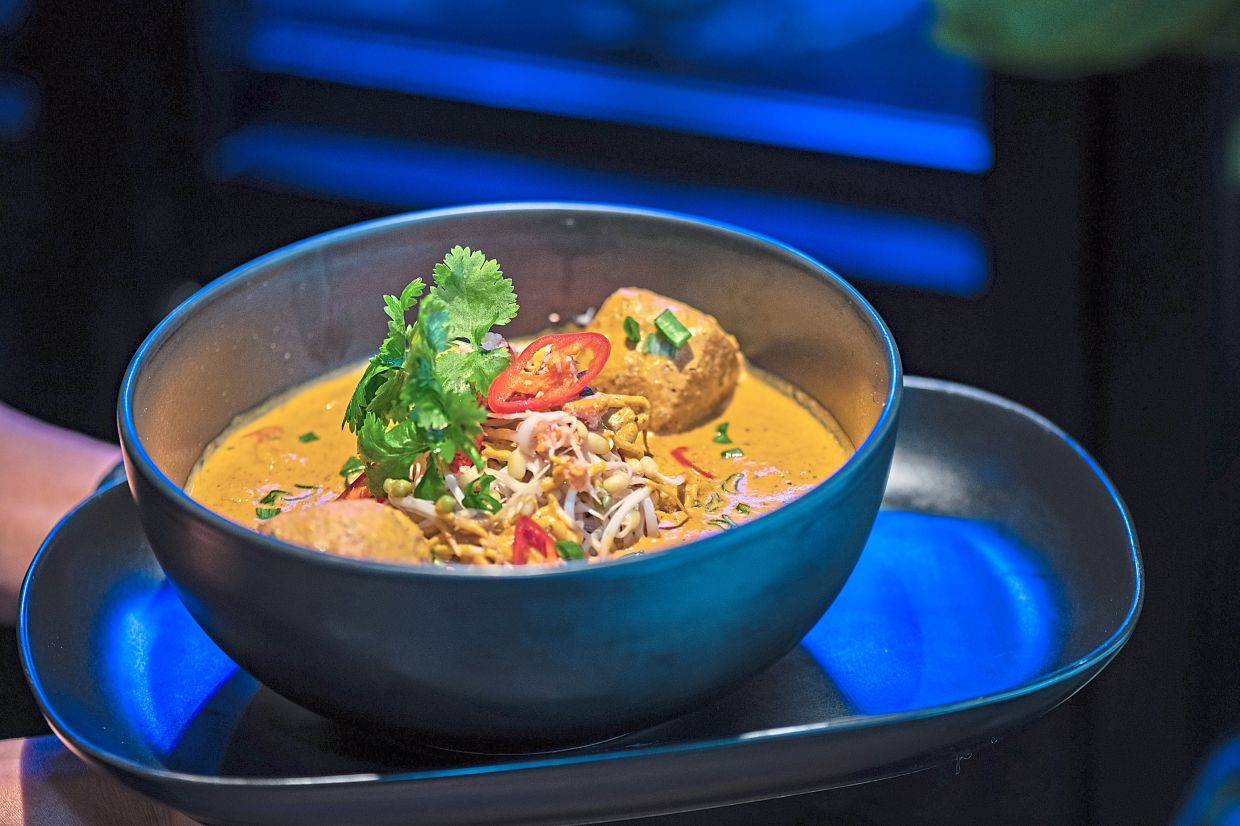 An ode to local flavours, the lobster laksa is a robust, herbaceous meal that ticks all the right boxes.

Burger & Lobster already has a presence in New York, Singapore, Bangkok and Kuwait so naturally Rosano says expansion plans are afoot on the local front as well as throughout South-East Asia.

But since it has only newly opened in the Klang Valley, she says the brand is just looking at serving the market in KL – for now.

“Hopefully, we are filling the gap in the market for good burgers and lobsters,” says Rosano. 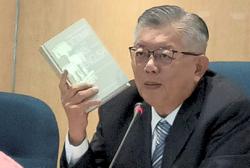