WHILE the traditional nian gao is palatable, the red bean nian gao with shredded coconut takes the popular sticky dessert in a different direction.

Nian gao, which translates literally to “year cake”, is typically made by steaming a mixture of glutinous rice flour, wheat starch, sugar, salt and water.

The chef at Grand Imperial Restaurant took it up a notch by giving it a red bean twist, resulting in a dessert that is less sticky and sweet but still an absolute delight.

This dish requires two days to prepare, from marination to the drying process before roasting begins.

When asked what makes the duck meat so juicy and tender, Chai said it had to do with where the ducks were sourced from.

“We use ducks from Ireland. They are generally more meaty and fatty because of the diet and weather there,” he revealed.

For the Year of the Rat, rat-shaped glutinous rice dumpling with peanuts, known as lo mai chi, forms part of the Cantonese-style salad. It was a burst of flavours, much like eating appetiser with dessert!

Another abalone dish is the Braised Abalone with Assorted Dried Seafood. It comprises a generous amount of sea cucumber, mushroom, dried scallop, goose web, turnip, and of course, abalone.

The Baked Chicken with Sea Salt, a dish which the restaurant has been serving to guests for the past 11 years, is only available for takeaway.

Next on the menu was Steamed Rice with Chinese Waxed Meat. The steamed rice, infused with flavours from the waxed meat, was tantalising on its own.

The waxed meat which includes duck meat, pork meat and liver would be a hit among claypot chicken rice lovers.

While the liver can be intimidating for some, the waxed meat, imported from Hong Kong, came with layers of fats which melt in the mouth.

I ended my meal with another piece (or two) of Red Bean New Year Cake. While the minimum order for the dessert is four pieces, it is certainly not quite enough.

Those who prefer something less sweet can savour the Conpoy Yam Cake or Sakura Shrimp Radish Cake. Both the yam and radish cakes are smooth in texture.

Individuals and smaller groups can order enjoy the set menu from RM198 onwards.

The dine-in set menu is available at all Grand Imperial Group Restaurant except the Genting Highlands and Casa Klang branches.

The restaurant also offers a special Chinese New Year takeaway menu. Customers can order individual dishes but orders must be placed by Jan 24.

Grand Imperial Group also has cash voucher booklets for sale. For RM3,500, a complimentary bottle of Mars Maltage Cosmo whisky or two cans of abalone and a bottle of wine is included.

With the purchase of two booklets, customers will receive a complimentary can of abalone and a bottle of “Royal Salute 21 Years Old” whisky. 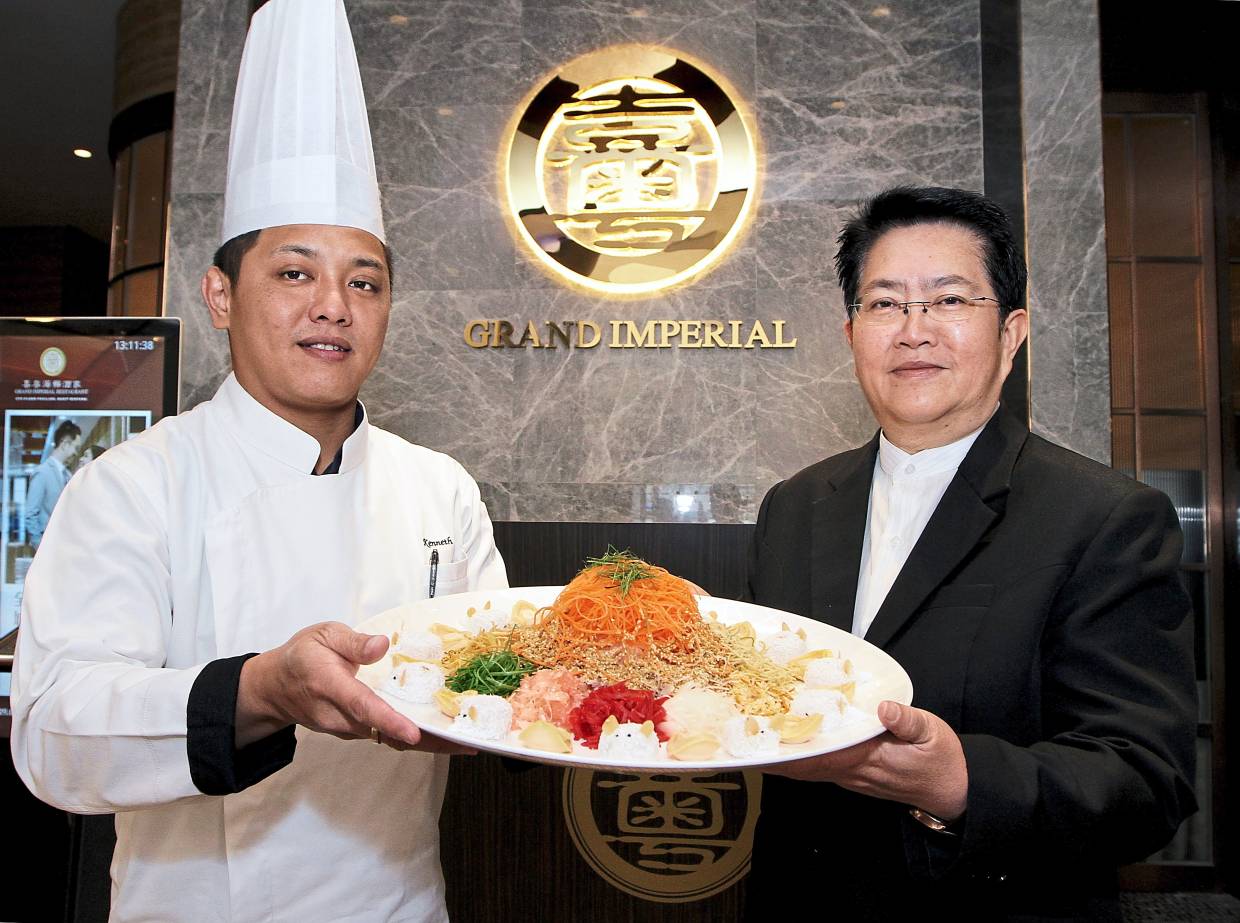