In a research note today, the investment bank called for a 'buy' recommendation for Dialog, with a fair value of RM3.75 per share and an 'overweight' rating for the oil and gas sector.

The company’s performance was attributed to its Malaysian and international operations which saw an increase in business activities following the reopening of economies.

Dialog’s tank terminal operations remain its core earnings contributor, and developing Pengerang to its full potential -- which will take about 10 years -- is key to its performance.

"Its green energy agenda is also starting to shape up, a positive for its sustainability roadmap,” said Maybank IB Research in a recent note. 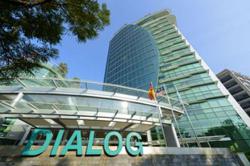