In the last 18 months, developers have been bemoaning their fate. It came to a crescendo this year.

The result is that, many have deferred their launches.

There are two issues here. Prices are so high they are beyond the reach of even the middle-income group, which forms about 40% of the population. The lower-income group - the other 40% - lacks social housing.

This means 80% of the population are affected by housing woes.

A research report launched on Monday by Khazanah Research Institute (KRI) says “gaps are beginning to appear in the system, exemplified by the growing concern of middle-income households who are neither eligible for social housing nor are able to afford private sector-supplied houses.”

For about five years now, housing issues and affordability levels have dogged the headlines after house prices spiked in 2010.

Depending on location and type of housing, prices have doubled, tripled or quadrupled. While the Government has announced various social housing schemes in 2011 and 2012 to breach affordability levels, getting such units ready has been laborious.

Housing is an emotive issue. It is now more so than before. 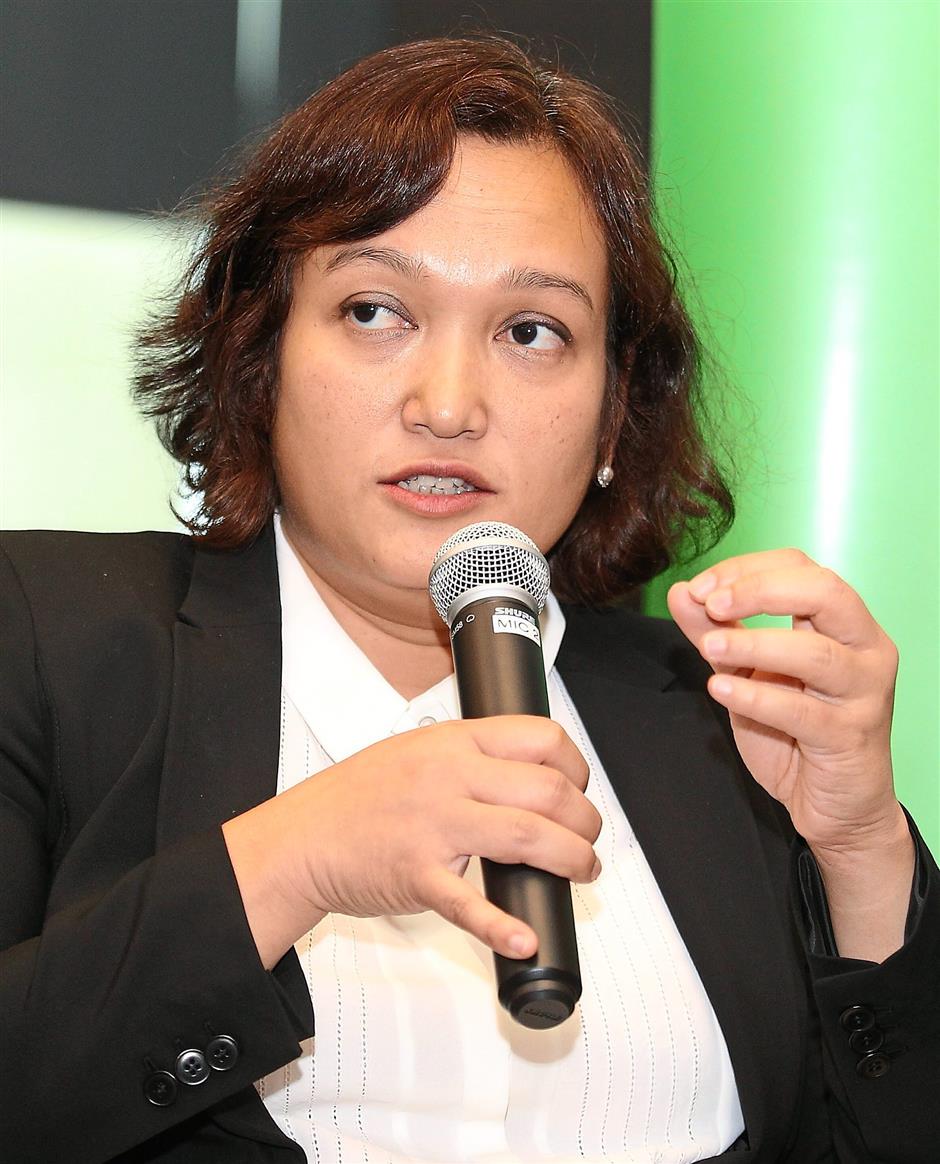 Suraya: ‘Housing affordability is a function of both house prices and income. It is a dynamic concept.’

As a start, she says “housing must be viewed as an economic sector and not as a social welfare concern.”

It must be viewed in its proper perspective because housing is “an inalienable human right.”

It is normal for the people to seek good location, amenities, secure tenure, access to housing finance and a degree of mobility and choice. “This is the purpose of housing,” she says in the report.

As a first step, she recommends the government to conduct a national housing survey as a first step to guide the Government towards planning for a steady supply of housing at affordable prices based on demand and land suitability.

Suraya says such a survey would determine issues pertaining to affordability, household income, supply/demand and location.

“Housing affordability is a function of both house prices and income. It is a dynamic concept.”She also debunked the myths that high land prices and high construction costs result in high house prices.

“High housing prices cause land prices to go up, not the other way around,” she says.

Research in nine states shows that cost of labour, material and machinery and equipment receded from 2011 to 2012 - and continue to remain low - but prices continue to climb, the report says.

Her views on land prices concurred with that of a couple of property consultants who some years ago, commented that land owners were asking for high prices when they saw house prices spike.

Land owners were of the view that developers can - and will - factor this in when they market their units. Land cost makes up about a fifth of gross development value (GDV) in Malaysia. For plantation companies, it could be as low as 10%.

Suraya says a housing supply that is more equitable with household incomes requires certain reforms to be put in place and the restructuring of the current system.

She based her recommendations on the business and procurement systems of five Malaysian property developers and compared her findings with a Philippines company 8990 Holdings Inc, a mass housing developer who has successfully supplied social housing by marrying cost and time-saving building technology.

If a Philippines company can build a two-bedroom house with a swimming pool and priced it at about RM57,000, there is no reason why Malaysia can’t - that was the overall view of KRI.

She says the current system of design and construction undertaken by Malaysian developers is not cost effective. Although certain technologies were recommended a couple of years ago to speed up supply and to reduce cost, the reluctance to invest in research and development and training has hurt the sector.

A series of procedures beginning from the funding of resources, to contracting out the services for design and building and at the construction level should be set up. Each of these levels should involve a competitive tendering process which would help to cut costs, maximise savings and result in lower prices.

Her second recommendation is to have a five-year no-selling cap. “Short-term speculative behaviour will only serve to increase house prices ... and the impact is permanent,” she says.

Her third recommendation is to develop measures to plan for a steady supply of housing at affordable prices.

Each of these three recommendations are “inter-linked” and will only work if taken together, she says.

She says the current demand-led policy initiatives for social housing which focused on transferring physical or financial resources to low-income group need to change.

A new perspective on supply is needed as easy credit and government subsidy are unsustainable burdens, the first increases household debt and the second a burden to the government. Both do not stop prices from escalating.

“Social housing cannot be for 80% of the population,” she says.