Able to go where manned vessels cannot, scientists get much-needed help from an underwater robot to survey Antarctica's melting ice.

Measuring the thickness of Antarctic sea ice, an important gauge of environmental conditions in Antarctica in this time of global climate change, has proven to be a tricky task. Satellite measurements can be skewed by surface snow, and some ice floes are simply too difficult to reach by ship, even icebreakers, in order to take direct measurements by drilling into them.

So how? The solution couldn’t be more unexpected: an underwater robot.

To be more precise, a twin-hulled "autonomous underwater vehicle" named SeaBED, measuring 2m in length and capable of operating at depths between 20m and 30m. With SeaBED’s upward-looking sonar, the scientists collected measurements from an area of about 500,000 sq m, in 2010 and 2012.

After carefully assembling the data from SeaBED, scientists have now unveiled the first detailed, high-resolution 3-D maps of Antarctic sea ice. But while the results are stunning, the findings are surprising. 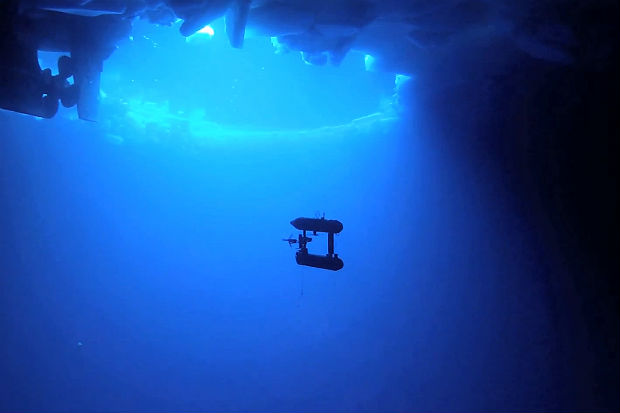 Into the blue: SeaBED, the underwater robot – or more accurately an autonomous underwater vehicle – seen above during a mission to collect sonar measurements of Antarctica's sea ice, so that climate change scientists can better understand how temperature changes have affected the melting of the continent's ice. Below, SeaBED seen being deployed from British Antarctic Survey's RRS James Clark Ross. – Reuters/WHOIS 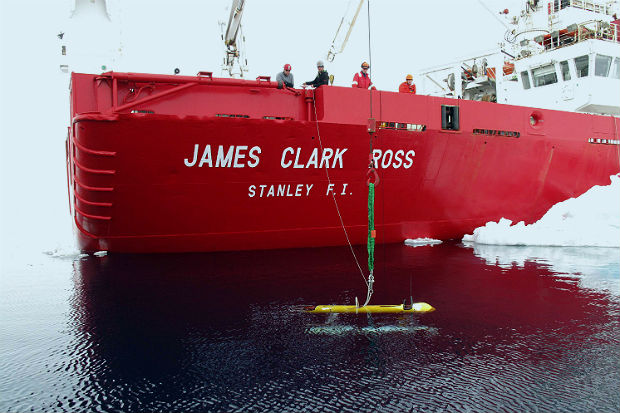 According to the team’s research findings, published in Nature Geoscience on Nov 24, the scientists found sea ice thickness in some places up to about 17m, with average thickness much less. The findings indicate the ice cover may be thicker in some areas than previously thought.

“Sea ice thickness and its variability in the Antarctic remains one of the great unknowns in the climate system,” says sea ice expert Ted Maksym of Woods Hole Oceanographic Institution in Massachusetts.

Unlike in the Arctic region, where large declines in thickness have been measured in recent decades, scientists don’t really have a good handle on the average Antarctic sea ice thickness or on any possible trends there, says Maksym.

“By demonstrating that detailed mapping of the thickness of the ice over large areas is possible deep in the ice pack, this represents an important step toward greater understanding of the processes that control the ice volume, particularly in areas that have been difficult to access,” he adds.

Polar oceanographer Guy Williams of the Institute of Marine and Antarctic Studies in Australia echoes Maksym’s evaluation: “While we have not measured all Antarctic sea ice thickness and cannot state if Antarctic sea ice is getting thicker, this study is a huge step toward the sort of expanded and more routine measurements we will need to do to truly answer these questions.” – Reuters