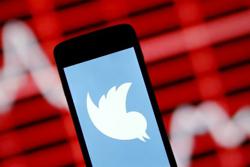 The suitcase-sized device can be used to make high-speed trains faster, monitor air pollution, and improve aviation, researchers say. China is a leader in lidar research, despite being a latecomer to the field – but competition is fierce. — SCMP

Chinese researchers say they have developed the world’s most advanced laser for wind detection, which could be used to monitor air pollution, predict the weather, and make high-speed trains faster.

The suitcase-sized device can detect complex changes in wind in unprecedented detail by using lidar methods. Lidar, or light detection and ranging, works by detecting the relative movement of air in the atmosphere with a laser.

“Atmospheric wind field detection with metre-level resolution will play a significant role in aerospace safety, high-value target protection, and numerical weather forecasting,” said a statement from the University of Science and Technology of China (USTC) in the eastern province of Anhui on Tuesday.

The research was led by USTC professor Dou Xiankang. In the statement, Dou and colleagues said that the new laser radar had surpassed existing technology by two orders of magnitude in terms of sensitivity.

The researchers said that the device had helped them detect unusual turbulence produced by a high-speed train that had never been observed before – a discovery that could make China’s high-speed trains faster and safer.

The first laser radar for wind detection was developed by US defence contractor Raytheon in 1970.

Since then, scientists have worked to increase the radar’s spatial and temporal resolutions. The most advanced method is known as pulse coherent Doppler wind lidar (PCDWL), but even these devices have trouble achieving resolutions of less than 10 metres (32.8 feet) and one second.

However, China has made rapid progress in lidar research in recent years, despite joining the race as a latecomer.

Dou’s team introduced a technology known as pulse coding to adjust laser duration, pushing spatial resolution to less than 10 metres in 2019 and 2021.

In their latest paper, published in international peer-reviewed journal Optic Letters on June 22, the researchers said that their prototype PCDWL device had achieved spatial and temporal resolutions of 3 metres and 0.1 seconds, respectively.

First, they measured the system with an extremely precise anemometer – a device for measuring wind speed. A test at the USTC campus showed that the team’s hyperfine PCDWL system accurately detected wind speed within 0.5 metres per second.

After that, Dou’s team performed another experiment at a high-speed railway station in Suzhou, Anhui province.

The PCDWL device operated non-stop for more than 100 hours, obtaining continuous images of the high-speed wake produced by bullet trains passing at 350km/h (217.5 miles per hour).

Computer modelling has suggested that these vortexes could occur at the tail of a high-speed train, but nobody had ever caught them in the act.

The discovery could help high-speed maglev trains operate more stably, efficiently and safely, according to the researchers. China is developing a maglev train that can travel at a speed of 600km/h, nearly twice as fast as the current limit.

Rain and fog can affect the performance of laser radar, but the researchers said the high-speed train experiment had proved that the system adapts well to environmental conditions.

The working wavelength of the laser is safe for human eyes, and the system weighs about 40kg (88lbs), which makes it suitable for field operations.

The researchers said their lidar device was ready for mass production. Once commercialised, it could be used in aviation, air pollution monitoring, weather forecasting and other civilian and military applications.

A Nanjing-based researcher studying lidar technology said that Dou’s work was impressive, but competition in the field was strong.

The researcher, who requested not to be named because of the sensitivity of the issue, said the record was likely to be broken soon by other Chinese teams with accuracy “several times higher”. – South China Morning Post 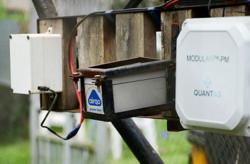