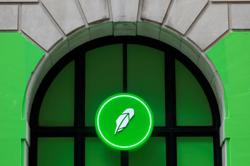 Cryptocurrency is often considered a safeguard against inflation. However, as current inflation remains high, and cryptocurrencies have crashed recently, some experts believe they can no longer be considered a long-term inflation-resistant asset. — Photo by Ruben Hanssen on Unsplash

STATEN ISLAND: Earlier this year, New Yorkers said they'd have loved to receive more than half of our salaries in crypto currency, but the recent crash has a lot of us wiping our brows in relief, surveys say.

Just how much would New Yorkers have lost in that scenario, now that bitcoin has dropped by 57% since January?

A recent survey by CouponBirds revealed that each New York employee would have taken a significant loss on their crypto-based salary — US$4,131.31 (RM18.202.55) to be exact.

When these figures were compared across the country, it appears employees in Montana would have taken the biggest losses had they chosen to be paid more in crypto. The average respondent there wanted 69% of their monthly salary in the form of a cryptocurrency. That would have resulted in a US$4,375.39 (RM19,277.97) loss, as compared to sticking out a traditional salary payment.

On the other hand, employees in Arkansas were the least enthusiastic about converting a portion of their salary to cyber cash each month, saying they would consider receiving just 10% of their monthly payment in this form of currency, resulting in a comparatively less painful loss of US$575.73 (RM2,536.67) over the past six months.

When asked why they would prefer crypto salary payments, one in five workers said they believed they are more resistant to inflation.

Cryptocurrency is often considered a safeguard against inflation. However, as current inflation remains high, and cryptocurrencies have crashed recently, some experts believe they can no longer be considered a long-term inflation-resistant asset.

CouponBirds, a provider of consumer information, used the average salary per state, and the percent from a previous CouponBirds survey to calculate the loss each state would endure.

The bitcoin value taken on 14th of each month since January 2022 was used to calculate the depreciated value of crypto account.

CouponBirds then compared the difference between non-crypto employees income as of 14th June, to those who would have been paid a portion monthly in cryptocurrency. – Staten Island Advance, N.Y./Tribune News Service

My husband wants to buy crypto. I don’t. What should we do?

Subscribe now to our Premium Plan for an ad-free and unlimited reading experience!
Cryptocurrency Technology Internet 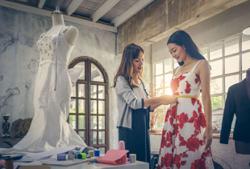