A study by Oxford University says smartphones, social media and TV are not likely to cause depression or suicidal tendencies among adolescents. — Medical vector created by pikisuperstar - www.freepik.com

Smartphones, social media and TV are not likely to cause depression or suicidal tendencies, finds a new Oxford University study.

The meta-analysis, which went over other studies, found little evidence that these technologies caused mental issues, with studies now less often associating tech use to depression.

Published in the journal Clinical Psychological Science, the study – titled “There is no evidence that associations between adolescents’ digital technology engagement and mental health problems have increased” by Dr Matti Vuorre, Dr Amy Orben and Professor Andrew Przybylski – examined data from 430,000 adolescents in the UK and US.

Its goal was to investigate associations between adolescents’ technology use and how mental health changed over the past 30 years.

“If we want to understand the relationship between tech and wellbeing today, we need to first go back and look at historic data – as far back as when parents were concerned too much TV would give their kids square eyes – in order to bring the contemporary concerns we have about newer technologies into focus,” said Vuorre, a post-doctoral researcher at Oxford Internet Institute, in a press release.

The study highlighted a lack of long term and detailed data on tech use as a key factor in hindering scientists from drawing any definitive conclusions.

For instance, studies were found to rely on self-reporting on subjects like time spent using screens. This made the data inaccurate, the researchers said.

“We need more transparent and credible collaborations between scientists and technology companies to unlock the answers. The data exists within the tech industry,  scientists just need to be able to access it for neutral and independent investigation,” said Przybylski.

He warned that the current level of information showed it was too soon to draw firm connections between tech use and adolescent mental health, and that it was definitely not suitable to make policy or regulations based on it. 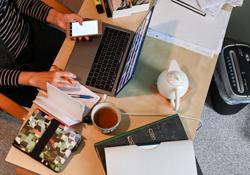