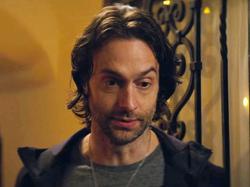 Twenty six percent of Gen Zers in the survey cited playing video games as their favourite entertainment activity, compared to 14% for listening to music, 12% for browsing the Internet and 11% for engaging on social media. Only 10% said they would rather watch a movie or TV show at home. — Dreamstime/TNS

If you’re a parent gathering your teenage kids in the living room to watch The Falcon And The Winter Soldier on Disney+, just know there’s a good chance they’d rather be playing Fortnite.

That’s the implication of a new study from consulting firm Deloitte, which analysed the generational divide in at-home entertainment.

The study, based on a February online survey of more than 2,000 consumers, showed that preferences are changing rapidly between millennials and the younger generation when it comes to how they want to spend their leisure time.

For Gen Z, defined as those born from 1997 to 2007, video – whether movies or television shows – is not a priority, the study found.

Twenty six percent of Gen Zers in the survey cited playing video games as their favourite entertainment activity, compared to 14% for listening to music, 12% for browsing the Internet and 11% for engaging on social media. Only 10% said they would rather watch a movie or TV show at home.

That compares to millennials (born 1983 to 1996), 18% of whom chose watching movies and TV shows as their preferred mode of entertainment. Video games were the entertainment option of choice for 16% of millennials.

If these trends stick, it could mean that video will become less important to consumers, said Jana Arbanas, vice chairman and US telecom, media and entertainment leader at Deloitte. For younger consumers in particular, online interactive games are increasingly an important part of how people interact.

“Gen Z would much rather spend time gaming, listening to music or social media,” she said. “That was a really stark contrast that we saw relative to the shift that's happening and how Gen Z will impact this industry sector longer term.”

That could be a problem for Hollywood, which is already seeing heavy competition from video games (including mobile and console play) and social media apps like TikTok and Snapchat. Teens and young adults are important for studios and networks to watch, especially as they carry their behaviours into adulthood.

If executives and producers are hoping that teenagers and young adults outgrow those behaviours and become more like their parents over time, the Deloitte researchers said that is not likely.

“Millennials took the behaviours they developed as teenagers, and they’ve taken them forward into their early 30s, and so if Gen Z is anything like that, their behaviours may change slightly, but I don’t see a complete aging out of their behaviours,” said Kevin Westcott, US technology, media and telecom leader.

Deloitte’s survey also addressed issues such as churn among the growing market of streaming services. As streamers such as Disney+, HBO Max and Netflix compete for viewers’ attention, the companies also have to fight to keep the consumers who sign up.

With more streaming services launching and many people struggling financially because of the pandemic, people are switching out of subscriptions far more than a year ago, according to the Deloitte study.

But people mostly are not dropping streaming services altogether; they’re exchanging them for others. Twenty-two percent of respondents said they’d added subscription services since the pandemic began, while 33% said they had both added and cancelled video subscriptions. Just 3% said they’d only cancelled services.

What’s causing consumers to drop a streaming service, perhaps for another? Deloitte’s research suggests that cost is the top factor.

Nearly half (49%) of respondents said the top reason they would cancel a video subscription service would be because of a price increase. This comes as many top streaming services, including Disney+ and Netflix, have enacted small price increases to improve revenue per user, a key factor when determining the success of a streamer.

“For the first time since we’ve been doing this research, cost has become a very big driver,” Westcott said. “In the past it was all about original content and the breadth of the library, but cost has become a very significant driver, and I would argue that cost sensitivity has been exacerbated by the pandemic.”

Still, content remains a big deal, with 31% saying they would be most likely to quit if the shows and movies they liked were removed.

This is an increasingly common issue as studios claw back their programming from rival streaming companies to fuel their in-house direct-to-consumer operations. Two thirds (66%) of consumers are frustrated when content they wanted to watch is no longer available on their streaming video services. – Los Angeles Times/Tribune News Services 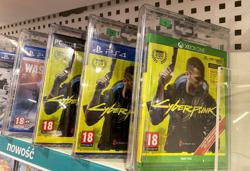