Android users can now share videos to contacts or upload to Status without audio on WhatsApp. — 123rf.com

WhatsApp has announced that users on Android devices can now mute the audio in videos before sharing, either in chat or to the Status update.

When uploading or sharing video, look out for the audio symbol on the top left corner. Click on it to remove the audio in a video and then hit send. Videos uploaded to Status are capped at 30 seconds by WhatsApp.

For your eyes, not your ears. You can now mute the audio on your videos before adding them to your Status or sending in chat. Now available on Android.

Alternatively, users can also turn the clip into a GIF by shortening it to no more than seven seconds and the audio will be automatically removed. Before uploading, click on the GIF symbol which is right next to the Video symbol.

Sending videos in GIF form however, will reduce the file size and resolution.

When WhatsApp shared the new feature on Twitter, some users called it “unnecessary” and questioned why anyone would share videos without any audio. One user asked WhatsApp to pick up new features from rival messaging app Telegram instead.

Speaking of Telegram, the company announced new updates that include a timer that users can set to automatically delete sent messages after 24 hours or seven days. Users can also tap on the selected message to see a countdown for deletion time.

You can set messages to auto-delete in any chat, including group chats and channels. Messages sent after the timer is set will be deleted after 24 hours or 7 days. Some things are meant to last forever – your food pics aren't. #TelegramTips pic.twitter.com/hn55BUKTdd

For Android users, they can also set a Telegram widget on the home screen to show previews of recent messages from important chats. 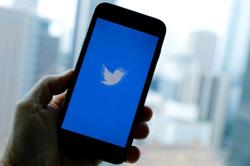