FILE PHOTO: The logo of German software group SAP is pictured at its headquarters in Walldorf, Germany, May 12, 2016. REUTERS/Ralph Orlowski

BERLIN (Reuters) - Christian Klein, CEO of German software group SAP, on Wednesday launched a campaign to encourage customers to move operations to the cloud, a shift that has brought short-term pain to investors but one that he hopes will pay off over time.

Klein, 40, in sole charge at SAP since April, has adopted a subscription-based service model that generates predictable revenue rather than the lumpy up-front cash flows from software licences.

SAP - the leading provider of "mission-critical" apps that 400,000 firms use to run finance, personnel, logistics and e-commerce - has traditionally run software in on-premise servers powered by its proprietary database.

Now it is promoting a version of its latest S/4 HANA data engine that is hosted on remote cloud servers, offering improved connectivity with its own apps and - should customers choose - those of its competitors.

Ahead of the launch event, called "Rise with SAP", Klein pitched the idea of a deeper transformation that would empower clients like industrial group Siemens to redesign business processes from end to end.

"It's much more than just a technical migration," Klein told reporters in a briefing. "They want to change how their enterprise functions."

As an additional teaser, SAP is offering enhanced business process intelligence functionality to crunch data and analyse whether companies are configuring operations in the most efficient way.

SAP said it was taking over Berlin-based tech startup Signavio, adding a "cloud-native" dimension to its ability to help customers "understand, improve, transform and manage their business processes at scale".

Terms were not disclosed for the deal, expected to close in early 2021 subject to regulatory approvals. Bloomberg, which first reported the deal, cited sources as saying it valued Signavio at around 1 billion euros ($1.2 billion).

Klein abandoned his medium-term profit goals last autumn when he announced SAP's cloud pivot, cautioning that its business would take longer than expected to recover from the coronavirus pandemic.

That announcement, which came with a third-quarter earnings miss, sparked the biggest drop in SAP shares in a generation, causing SAP to lose its mantle as Europe's most valuable technology company. 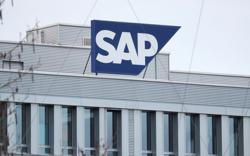 Clubhouse closes new round of funding that would value app at $4 billion - source
Bitcoin slumps 14% as pullback from record gathers pace
How to retrieve your WhatsApp account if your phone is lost or stolen
WhatsApp group members now have control over disappearing messages
Are employers using Zoom too much?
Teens are growing more depressed: could a mental health warning app help?
Amazon's video game division cancels Lord of the Rings game announced in 2019
Microsoft’s US$20bil AI deal will shake up how we work
Sony to roll out first major software update of PS5 since launch
Renting a car? Don’t forget to unpair your phone afterwards