The SwissCovid app created by the Swiss Federal Institute of Technology Lausanne shown on June 5, will roll out to the public on June 25. — AFP

GENEVA: Switzerland's Covid-19 contact-tracing app will roll out to the public on June 25, the government said, urging everyone to download it on their smartphones.

The free SwissCovid application uses Bluetooth wireless technology to register other phones that come within two metres for around 15 minutes or so.

It then alerts people who may unwittingly have been in prolonged proximity with someone who later tested positive for the novel coronavirus.

"We want to stem the uncontrolled spread of the new coronavirus," the government said June 23 in a statement.

"The more people use the app, the better we can achieve this goal."

The app is optional and no personal data or location information is used.

Anyone who tests positive for the virus is given a code by the regional health services to enter into the app.

Other app users who spent time in close proximity are anonymously informed, told which day the contact happened on, and are given information on what to do next.

The app was originally road-tested by army conscripts.

Some 1,681 people have died in Switzerland out of nearly 31,300 who have tested positive for the virus in a country of 8.5 million people.

However, infection, hospitalisation and death rates having been low and stable for some weeks.

Switzerland stopped short of imposing strict confinement when it introduced measures in mid-March aimed at stopping the spread of the new coronavirus.

It began gradually easing its restrictions on April 27, with a fourth stage on June 22 lifting the maximum limit on gatherings to 1,000.

"Even if the Federal Council continues to ease the measures, the coronavirus crisis is not yet behind us. Sustained efforts are needed to prevent the infection rate from rising again," the government said.

The government also announced that Covid-19 tests would be free for everyone from June 25, covering the 169 Swiss franc (RM763)) cost of an infection test.

"The risk was therefore that some people would give up testing if they had to pay for it," it said. – AFP 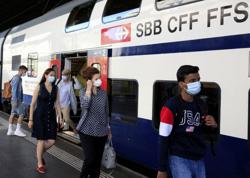 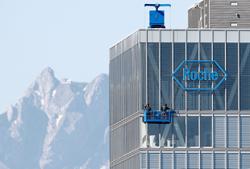