The Week That Was: Cyberjaya goes cashless Merchants would only need to sign up with one acquirer to be able to accept payments from all other banks and e-wallets that use DuitNow QR. — RONNIE CHIN/The Star

Cyberjaya became the first city to adopt a national QR code that would allow merchants to accept various brands of e-wallets without having to sign up with each company.

However, PayNet’s chairman Peter Schiesser pointed out that the proliferation of QR codes and e-wallets could overwhelm consumers and merchants.

This led BNM to mandate PayNet to create DuitNow QR, Malaysia’s national QR code standard. Currently nine banks use DuitNow QR in their mobile banking app, with 23 banks and four e-wallets expected to join over the next six months.

Merchants would only need to sign up with one acquirer to be able to accept payments from all other banks and e-wallets that use DuitNow QR, making it more convenient and less complicated for Cyberjaya to go cashless.

Transport Minister Anthony Loke Siew Fook, who officiated the launch of the service, said cashless payment will be introduced at all public bus terminals in the country, but in stages as some don’t have a centralised ticketing system (CTS).

Currently, the other bus terminal that has gone cashless is Terminal Amanjaya in Ipoh.

It is offering a 15% discount on tickets for both KLIA Express and Transit – the promotion ends on June 30 or once RM1mil worth of discounts have been redeemed.

Commuters can opt to pay using the RM30 earned from the e-Tunai Rakyat incentive, which must be used up by March 14. According to Finance Minister Lim Guan Eng, a majority of consumers used the money from the initiative to pay for groceries, food, teleco services and transportation.

In a Bernama report, he said as of Jan 22, RM105mil have been disbursed from the RM450mil allocated for the initiative in Budget 2020.

The government kicked off the initiative on Jan 15 to encourage the use of e-wallets. Users have until March 14 to redeem the money through one of three e-wallet operators – Touch ‘n Go, Boost or Grab.

It’s not just bus terminals that are going high tech, as the Road Transport Department is working on a solution to uphold the integrity and reliability of its driver’s licence test system.

Its director general Datuk Seri Shaharuddin Khalid announced that an Automated Driving Test and Training System (e-testing) would be rolled out by June, following successful trials at driving institutes in Johor.

He was reported as saying candidates would drive alone while examiners in a control room will monitor the drivers via CCTVs (closed-circuit televisions) installed in the cars.

“If the candidate bumps into a pole or commits any other mistake, the officer in the control room will know immediately, ” he said in a report.

“Through this initiative, we will be able to lessen human-to-human interactions and increase the integrity of our department.”

He claimed the automated system would also allow learner drivers to secure driving tests more quickly as waiting time will be reduced.

“One of the complaints we continue to receive is that students find it difficult to secure test dates as there are no testers, ” said Shaharuddin. 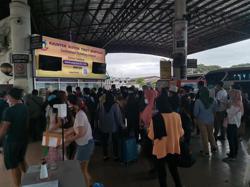 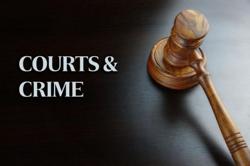