How to fix Silicon Valley’s shortage of engineers? Free alcohol, of course

With their company-logo T-shirts tucked in by Gucci belts, gripping mixed drinks in Gatorade bottles and chatting about the latest work gossip, hundreds of interns streamed out of an all-paid-for coach bus on a Friday night in July.

The interns, some riding there on the bus from Stanford, others coming by Uber, were lining up to enter the Pearl, a three-level club known for its 360-degree views of Dogpatch and the bay. Some had already gotten a buzz from the free booze offered at their workplaces.

“It's ironic how we were late to the party,” one intern said, “because we were pregaming” – drinking before they arrived. “All the drinks here are free for us anyways.”

Internships in Silicon Valley are far from an unpaid or underpaid gig doing grunt work. They may work crazy hours like their friends on Wall Street, but they get perks like free meals and on-tap kombucha, US$300 (RM1,219)-a-month Uber allowances and, according to Monster.com, paychecks that can go north of US$10,000 (RM40,631) a month.

Well paid, well fed and well treated, interns come out of a two- or three-month stint at big tech companies with a full-time job offer all but assured. As the demand for engineers grows in Silicon Valley and beyond, some companies go to extreme lengths to find new recruits.

That's where Ben Herman, the sponsor of the intern-only party at the Pearl, comes in. The CEO of Jumpstart, a recruiting software company, wants to use artificial intelligence and machine learning to match new college graduates with companies. The problem: Machines learn by having huge amounts of data. Startups, by definition, don't have much.

Herman's solution? A lot of hustle, a lot of alcohol and Justin Bieber's DJ. There wasn't much automation in the party invites, some of which he sent himself with the rest mostly spreading through word of mouth. He ended up spending more than US$100,000 (RM405,565) on the party, to, well, jump-start things until the bots are ready to take over.

In place of artificial intelligence, Herman used old-fashioned wile. Interns got free admission only if they turned over the names and emails of three other engineers-in-training. Instead of a cover charge, they had to show an iPhone with the Jumpstart app installed. You call it a party; others might call it data entry.

“We'll be renting out a mansion in Los Altos Hills on Friday night and will have a lot of food, alcohol and games, including a chance to win a lot of cryptocurrency,” Herman told Vineet Jammalamadaka, an intern at Uber, in a message on LinkedIn. He promised that it “doesn't involve recruiters and recruiting”.

Herman's plan worked so well he had to upgrade the promised mansion to the more capacious Pearl, after receiving more than 4,000 party-invite applications. Only 800 got in. One Amazon intern even flew in from Seattle – he left his carry-on at the coat check.

The party may sound lavish, but the cost comes out to US$125 (RM506) per guest. That seems like spare change when you compare it with what companies will spend to recruit a single software engineer. Peter Kazanjy, an entrepreneur who sold his recruiting-software startup Talentbin to Monster in 2014, said that's typically about 20% of an engineer's starting salary, or US$20,000 (RM81,263).

“The question (all recruiters) are asking is how you can get your message in front of people in a scalable fashion,” Kazanjy said. “So (Jumpstart) said, 'Hey – why not throw a wild, crazy party to gain attention?'” he said.

Herman said Jumpstart will match students directly to recruiters based on their skills and preference for work environment. If you're an engineer who wants to work in a chaotic startup environment, or someone who prefers a focused corporate setting, Jumpstart will cater to your tastes.

Students have been a challenge for conventional recruiting techniques, which rely chiefly on evaluating resumes and references new job applicants don't have. LinkedIn, which is heavily used by recruiters, said it has attracted 40 million students and recent college graduates, and created a special LinkedIn Students job-searching app in 2016. It discontinued that app in September, citing “feedback” from members.

Besides LinkedIn, there are startups such as Lever, Jobbio, ZipRecruiter and Blendoor, all promising some special take on recruiting. But often, small companies say they don't need the help.

Hipcamp, a San Francisco startup that helps people find camping spots, doesn't use fancy software to recruit people. The company is focusing on hiring new engineers, and hunts for candidates by looking through Twitter and GitHub.

“Much of recruiting can be done without expensive tools if you know how to position your employer brand effectively, and you know where to look,” said Amy Cherette, the company's talent lead.

SurveyMonkey, an online-research software company in San Mateo, goes directly to top engineering schools in the country, like University of Michigan, because “not everyone is from Silicon Valley or the Bay Area”, said Whitney Galindo, a university recruiter for the company.

Jumpstart currently isn't charging employers for using its online recruiting tools. Companies such as Lyft, Capital One and Pinterest are signed on, Herman said.

Interns at the Jumpstart party debated the bot-powered future of recruiting.

Jammalamadaka, the Uber intern, noted that not all interns have a big name on their resume to begin with. Before Uber, he said, he had to “really hustle to get noticed”.

“I feel like a lot of recruiting is crap shooting right now. You email a resume, you apply online, you really hope that the recruiter that looks at your resume likes you,” he said. An algorithm like Jumpstart's might help, he said.

Others expressed respect for Jumpstart's marketing.

Jessica Au, an intern at another tech company, said, “Everyone in the bay knew about this party, so no matter what happens, it's working.”

The party was optimised for social media, Herman said. The venue was adorned with Jumpstart stickers on the bathroom stalls, around-the-world-themed food stalls and Instagram-friendly games of Giant Jenga. He said the party drew more than 1 million impressions on social media.

One intern brought his resume, which he quickly stuffed into his pocket after he entered the Pearl. Another wore his Harvard sweatshirt and asked what Jumpstart did. Some whipped out their Juuls. Others binged on the mac and cheese and took in the rooftop views of the bay.

In between gossip about tense Slack conversations at work and idle chatter about Jeff Bezos – some mispronounced the Amazon CEO's last name – others critiqued Jumpstart's technical plans.

Ben Pereira, a tech intern who was forced to wear a free Jumpstart T-shirt handed out at the party after he ripped his button-down in a game of ping pong, said he would use the app, but he was sceptical of how much big data were needed in recruiting.

Harrison Weinerman, an engineer at Quizlet, expressed his doubts about “innovative” recruiting companies and the faddish nature of technology trends in the valley.

“Machine learning is like having sex,” Weinerman said. “Everyone else is saying they're doing it, so you just say you're doing it too and hope for the best.” — The San Francisco Chronicle/Tribune News Service 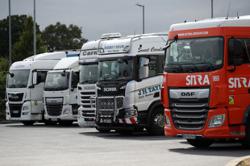