KUALA LUMPUR: Dutchman Roelant Oltmans is no longer in charge of the national hockey team.

The 66-year-old coach announced he is quitting the post in a letter addressed to the press on Monday (Aug 3).

Oltmans sent in his resignation letter to the Malaysian Hockey Confederation (MHC) on July 31.

In the letter to the media, Oltmans cited Covid-19, as well as being away from his family during this pandemic period, as the reasons for his resignation.

He was hired after the Jakarta Asian Games two years ago. In Jakarta, Malaysia failed to qualify for the Tokyo Olympics after they lost to Japan in the final despite taking a 5-2 lead at one point.

"Dear journalists, since the outbreak of the coronavirus, I have been struggling with myself.

"I didn't feel good at all to be

12,000km away from home in a dramatically changing world of MCOs (movement control order), lockdowns, quarantine and many cancelled events all over the world.

"While it looked like about two months ago that the virus was more and more under control, in many places we've seen that the numbers are increasing again and travelling will become more difficult and could even be not permitted in many areas of the world.

"After a number of discussions with the MHC president (Datuk Seri Subahan Kamal), I've decided to resign and it was accepted in the end. To be honest we had a discussion about the notice period and I am very grateful that the president gave me the option to leave on July 31.

"I would have loved to inform you (journalists) in person but I had my reasons not to do so.

"I have been out of the country for about nine years (with Pakistan and India as well), and without the Covid-19 virus, I would have stayed until the end of my contract but in this uncertain situation, I had to choose my family and myself," he wrote in the letter.

Oltmans had a contract until the end of the year. 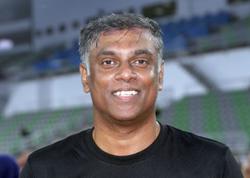 Subahan: Success will come, but we need time, patience and funds