I REFER to the recent reports about Malaysian students coming forward to reveal the torment they face in public schools, including “period spot checks”, sexual harassment and public shaming.

The reports reminded me of some of the highly inappropriate rules and regulations enforced at my high school in Ipoh, which I left in 2006.

Don’t get me wrong; I loved the school and I think it shaped me to become the person I am today. But I knew even when I was a student that some of the rules were inappropriate and should never have been drawn up, much less enforced!

1. The school’s rule book specified the colour of the undergarments a student could wear to school. This was apparently to

protect their innocence. I could not understand how wearing a black bra and panties would kill my innocence, but that was the rule.

2. Girls were told to lift up their skirts to show they were wearing petticoats!

3. In girl guide camps, our “seniors” hung panties on the flag pole to make the owner cry. I wish I had spoken up against this back then, but I didn’t. Being in a group like scouts or girl guides was supposed to build one’s character, but how was shaming someone by flying her underwear going to achieve that?

4. We could not have boyfriends. This was not in the rule book, but it was brought up every time a social event was held. I had no idea why we couldn’t have boyfriends, but I just assumed that the school didn’t want students to get knocked up and ruin their education/future. In this case, it would have been more appropriate to conduct sexuality education classes.

5. We were not allowed to have “extremely short hair” because it made us look like tomboys or, in other words, gay.

We need to teach girls that it’s not okay for people to forcefully ask them to reveal what they are wearing underneath their clothes. Advise them to tell their parents or teacher or make a police report if this happens. This is sexual harassment in the real world.

I sincerely hope these rules are things of the past and that girls are now being told to speak up against acts that are unjust towards them. 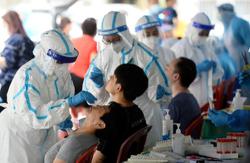