POLICE retirees awarded the Pingat Jasa Pahlawan Negara (PJPN) are still waiting for the one-off payment of RM500 from the government. These are personnel who fought during the first and second phase of the Malayan Emergency.

Army veterans awarded the Pingat Jasa Malaysia (PJM) have already received the RM500 one-off payment. We have also heard from the Defence Minister that the government is considering giving a monthly allowance of RM350 plus a certificate signed by the Yang di-Pertuan Agong to army veterans with the PJM award.

Police retirees are asking for fairness in this matter. Don’t the contributions of the police in the defence of our beloved country mean anything? There are many police retirees who are struggling to make ends meet with their meagre pensions, hence the one-off payment of RM500 would definitely come in handy for them.

On behalf of these police retirees, I sincerely hope the government and Home Ministry will kindly give due consideration to this matter. 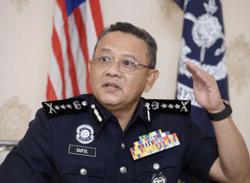 Curbing the spread of Covid-19 in schools
Nonagenarian speaks up for vaccination
More than meets the number
Speed up jabs to achieve target
Historic Convent Bukit Nanas should be declared a national heritage site, not demolished
A small favour to ask of ‘Malaysia, a grateful nation’
Challenges of living with haemophilia amid Covid-19
Amateur radio: It can be more than just a hobby
Veterinarians do provide an essential service too
Macro outlook on Malaysia's food security insecurities