Second round of tests under way

Not taking chances: Healthcare personnel conducting Covid-19 tests in a makeshift tent at a residential compound in Beijing. — Reuters

No lockdown but millions tested for Covid-19 in Beijing after another cluster emerged at a wholesale market.

I RECEIVED an unexpected visitor recently. Usually, the ones who come knocking on the door would be the delivery or courier guy.

The young man introduced himself as a representative of the residents committee.

Apparently, there would be a nucleic acid test for Covid-19 for those living in the apartment building and he asked if I would like to be tested.

It didn’t take long for me to decide and I immediately registered for it.

The medical team came a few days later and I only found out when I left for work and saw a long line of early birds queueing up for the free test.

Luckily, the medical personnel were still around when I returned.

At that time, there were only three people ahead of me, so the registration process was very fast and the test itself hardly took a minute to complete.

Across Beijing, Covid-19 tests are being carried out after the June 11 cluster outbreak at the Xinfadi wholesale market in the southern suburb district. It has now spread to other districts of the city.

It was compulsory for those in the medium and high-risk areas while the rest are on a voluntary basis.Those in the food and beverage as well as delivery sectors were also screened. Nearly three millions people have been tested so far.

As of last Monday, the city has designated 128 institutions and built a makeshift laboratory, with a total daily capacity to collect some 230,000 samples.

This is how serious the government is in battling the virus.

I must give credit to them for this latest effort although I dislike the aggressive promotions and over-sensitive response of the authorities in handling criticism and negative comments.

Recently, a 33-year-old man in Beijing paid the price for his stupidity when he lied to a colleague about being infected with Covid-19.

Claiming he did it for “fun”, the company worker told a colleague that he tested positive for the virus and the joke created panic among his co-workers. He was arrested.

As the pandemic situation improves in China, the Education Ministry announced that gaokao (the National College Entrance Examination) would be held on July 7 and 8. It is usually held in June and is taking place although schools have not been fully reopened.It is a prerequisite for entry to almost all higher education institutions and the Chinese consider it as one of the most important moments in their life to determine their future.

However, Beijing – which is currently affected by the coronavirus – could decide if the exam would be carried out simultaneously.

Gaokao became one of the hot topics on Sina Weibo after singer-actor Tong Zhuo revealed that he cheated while resitting the exam in Linfen city of Shanxi province in 2013.The 26-year-old told his fans that

his parents used a lot of guanxi (connections) to change his personal details to a fresh high school graduate during a live-streaming chat.According to the gaokao system, fresh graduates enjoy more benefits compared to those who completed high school in the previous years.

In Tong’s case, he altered the information so that he could apply to his dream school, the School of Military Culture at the National Defence University of the People’s Liberation Army that only accepts fresh graduates.

He failed in his first attempt in 2012 and gave it another try the following year but again, he was unsuccessful.

He then enrolled into the Central Academy of Drama, his second option, where international stars such as Gong Li and Zhang Ziyi graduated.

Netizens have demanded an investigation into the scandal.

Tong has made the revelation with the intention to ease the pressure on students taking the test this year, ignorant of the fact that the scandal could put him and those involved in big trouble.

Linfen’s disciplinary watchdogs also found that Tong’s identity change was done with the help of his stepfather, Tong Tianfeng, the then deputy secretary-general of the Linfen People’s Congress, China Daily reported.

The Central Academy of Drama has since stripped Tong of his graduation certificate.

His stepfather was removed from office while three education officials involved were put under police custody for allegedly forging documents. Another 12 people have been punished for aiding Tong in fabricating his identity.

Although he was not an outstanding competitor, the baritone singer was selected to join the Super Vocal male ensemble with three other participants the following year.

In February, the quartet released a song To You dedicated to the Covid-19 frontliners while comforting those suffering from the disease.This year, some 10.7 million people will be sitting for gaokao, about 40,000 more than last year. 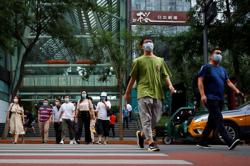 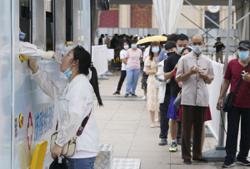 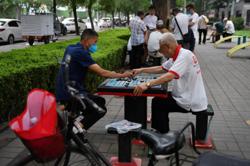