Millions of youths between the ages of 18 and 21 might not be able to vote and be eligible to stand as candidates in the next general election despite the historic amendments to the Constitution two years ago.

HISTORY was created on July 17,2019, when a motion to amend the Federal Constitution was passed with 211 votes – by more than two-thirds of the majority in the 222-member Dewan Rakyat and with undivided support from both sides of the political divide.

The approval of the Constitution (Amendment) Act 2019, also known as Undi 18, was a momentous event in Malaysia’s democracy because far-reaching changes were made to the electoral system.

In a single stroke, Article 119 (1), Article 119 (4) and Article 47 and the Eighth Schedule were changed, enabling 18-year-olds to vote and be automatically registered as voters, as well as qualifying them to contest as candidates for Parliament or state assemblies. 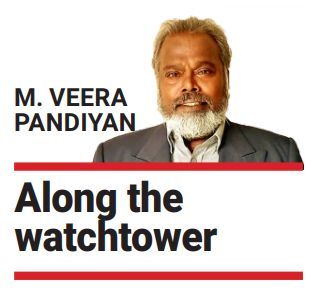 The Act was approved by the Dewan Negara on July 25,2019, and gazetted on Sept 10,2019, after receiving assent from the Yang di-Pertuan Agong.

The assumption was that up to 7.8 million young people between the ages of 18 and 21 would be able to vote and be eligible to stand for elections, with their inclusion in the electoral rolls.

But over the past week, these assumptions have been called into question amid speculation that GE15 might be called earlier in spite of the Covid-19 pandemic.

In November 2020, Minister in the Prime Minister’s Department Datuk Takiyuddin Hassan, who is responsible for law and Parliament, said the changes under the amendments could be executed at the latest by July this year, adding that the Election Commission (EC) was working with the National Registration Department towards implementing them.

Last Thursday, however, Dewan Negara president Tan Sri Rais Yatim threw a spanner in the works by saying that it was “impractical” to lower the voting age to 18 for now because of time-consuming obstructions faced by the relevant agencies in implementing the rule.

The former Umno veteran who served as a minister in Barisan Nasional governments between 1974 and 2013 had also questioned the readiness of 18-year-olds to vote, claiming that teenagers are not mature or educated enough to do so.

His statement, made during an interview with national news agency Bernama, led to conjecture that the Negri Sembilan Bersatu chief was hinting that the Perikatan Nasional leadership preferred the current 21 years and above age limit to remain to eliminate the risks of uncertainty.

“On the issue of 18-year-olds voting, whether we can implement it now, the answer is no. Although it has been passed in terms of the legislature, in terms of readiness there are many gaps.

“After looking at the real situation from the lens of the Dewan Negara, it’s impractical to be implemented this season, ” he said, drawing rebukes from all sides.

On Sunday, Takiyuddin gave the impression that Undi 18 was not the responsibility of the government by saying that it came under the purview of the EC and any questions about developments on the matter should be referred to the commission.

Days earlier, EC deputy chairman Azmi Sharom had said that while the commission was set to launch the automatic voter registration system by July as scheduled, with the higher number of voters, it faced challenges to gazette the new rolls.

Constitution expert Prof Emeritus Datuk Shad Saleem Faruqi has also pointed out that consequential changes must also be made to the Election Offences Act 1954, Elections (Conduct of Elections) Regulations 1981 and Elections (Registration of Electors) Regulations 2002 in addition to amendments to all state constitutions to enable the lower age of eligibility to contest in state assemblies.

Former member of the Electoral Reform Committee Dr G. Manimaran said so far only six states had amended their constitutions to allow Undi 18 changes – Perak, Perlis, Kelantan, Sabah, Sarawak, and Terengganu. With the Emergency running until August, he believed it would be impossible to implement the new rules if GE15 were to take place in the last quarter of 2021.

Dr Manimaran also believed that most political parties were now wary about the consequences of Undi 18 and those that supported the changes two years ago might have reservations now.

While it is understandable to think that the majority of younger voters are anti-establishment – as was the case among 21-year-old voters in GE14 – or more aligned with progressive politics over preoccupations with race or religion, it is not a given. However, it can be safely assumed that apathy is growing among younger Malaysians thanks in part to the rising number of “political frogs” jumping from party to party.

But delaying the implementation of Undi 18 and denying the rights of younger voters, no matter on what grounds, will only lead to increasing discontent among the people and less support for the government.

For the record, the idea to reduce the voting age in Malaysia is not a recent one. It was proposed as far back as half a century ago by veteran Member of Parliament and DAP stalwart Lim Kit Siang during his first term as MP.

Malaysia is actually in the minority in this matter as 237 countries have long allowed 18-year-olds to vote. Most countries set their voting age at 21 before World War II but by the end of the 20th century, 18 had become the most common age.

How low can you go? The youngest minimum voting age is 16 and that is the case in 11 countries – Argentina; Austria; Brazil; British crown dependencies Guernsey, Jersey and the Isle of Man; Cuba; Ecuador; Malta; Nicaragua; and Scotland.

Media consultant M. Veera Pandiyan likes this quote by James Bovard: ‘Democracy must be something more than two wolves and a sheep voting on what to have for dinner.’ The views expressed here are the writer’s own.

Along The Watchtower , Voting Age