Pact with few gains and many risks

Instead of promoting free trade, the CPTPP is all about imposing rules that are friendly to powerful multinational companies and business lobbies.

FROM the Industrial Relations Act to problems at the workplace brought about by Covid-19, the country’s two main bodies representing bosses and workers have a history of being at loggerheads. But for once, the Malaysian Employers Federation (MEF) and Malaysian Trades Union Congress (MTUC) are seeing eye to eye, united by their vehement opposition to the Comprehensive and Progressive Agreement for Trans-Pacific Partnership (CPTPP).

Both have urged the government not to ratify the 11-member CPTPP, saying that it goes against national interests, threatens workers’ rights and puts jobs at risk.

Malaysia signed the pact on March 18,2018, along with 10 other countries in the Asia-Pacific region – Australia, Brunei, Canada, Chile, Japan, Mexico, New Zealand, Peru, Singapore and Vietnam. It is a market of 500 million people with a collective GDP of US$10 trillion (RM41.1 trillion), or 13.5% of the global trade.

CPTPP became operative on Dec 30,2018 after Australia, Canada, Japan, Mexico, New Zealand and Singapore ratified the pact, and Vietnam did so a month later.

But Malaysia and three other countries – Brunei, Chile, and Peru – have not ratified the agreement yet.

The agreement binds members to 30 chapters, which supposedly provide for freer trade and investment access. It is a derivative of the original – the Trans-Pacific Partnership (TPP) Agreement, a brainchild of former United States president Barack Obama as part of his strategic pivot to Asia, which was dumped unceremoniously in 2017 by his successor Donald Trump.

MEF executive director Datuk Shamsuddin Bardan said the negotiations were shrouded in secrecy without public disclosure on cost-benefit analyses. Worse, MEF was not even consulted despite being a major stakeholder, just as it was ignored during negotiations on the TPP and Labour Consistency Plan with the US in 2015.

Shamsuddin said multinational companies rather than Malaysian firms would be the main beneficiaries of the ratified agreement by having greater access to government procurement and local markets for goods and services.

“These multinational companies will get the rights to take the government to a special court if they feel that it has not adhered to the terms of the CPTPP and may claim compensation, which may amount to hundreds of millions of ringgit, ” he said, adding that there were serious concerns over intellectual property rights and the status of state-owned enterprises (GLCs).

MTUC secretary-general J. Solomon said the pact only benefited major corporations and did not have mechanisms to monitor compliance with the International Labour Organisation’s (ILO) conventions, based on the experience of trade unions in other countries.

He said the pact provided leeway to remove legislation on workers’ rights and welfare, under the pretence of reducing tariff barriers and championing free trade in addition to narrowing the number of claims that can be taken against signatories for abuses of workers’ rights, as it states violations must be “in a manner affecting trade”.

Solomon said the questionable Investor-State Dispute Settlement (ISDS) in the pact allowed foreign investors to sue governments for regulations or actions that threaten their ability to make profits.

The question of the previous Pakatan Harapan government’s support for the CPTPP led to a heated argument between former finance minister Lim Guan Eng and International Trade and Industry Minister Datuk Seri Mohamed Azmin Ali in the Dewan Rakyat earlier this month.

Azmin claimed the Pakatan government had agreed to ratify the pact in September 2018, but this was disputed by Lim who said the Pakatan Cabinet had not agreed to the ratification as “we did not want foreigners to interfere” in Malaysia’s trade policies.

In supporting Lim, Penampang MP and former international trade and industry minister Datuk Darell Leiking clarified that on Nov 29,2019, after over a year of reflection and research from the decision cited by Azmin, the then Cabinet agreed that the government had taken a sound step by not ratifying the CPTPP, given the negative impacts to domestic industry.

“If the Cabinet decides something at one point in time, but at a later date makes a different decision based on more information and better understanding, which represents the policy of the government?” he asked in a statement.

Darell reminded Azmin that the Economic Planning Unit – formerly Azmin’s Economic Affairs Ministry – had found that Malaysia’s imports would surge by RM10bil per year against exports that would rise by RM516mil with CPTPP. He warned that the country’s trade balance would decline by RM9.6bil per year, in addition to losing RM6.4bil annually in import duties, making it a total negative loss of RM16bil.

Eminent economist Prof Jomo Kwame Sundaram is among those questioning why Malaysia is still committed to the dubious pact. In a recent Inter Press Service article, he noted that all who had seriously studied the impacts of the pact conceded that it offered little additional growth to Malaysia.

“Even the modest trade growth claims in Malaysian government commissioned pro-TPP reports were premised on US market access, no longer on offer with the CPTPP.

“However, onerous aspects of the TPP, such as ISDS, remain, threatening the national and public interest.

“With the US out, the CPTPP will mainly strengthen Japanese and other transnational companies. With greater rights for foreign investors, investments – foreign and Malaysian – may be induced to relocate abroad, for example, in Singapore. Declining foreign direct and portfolio investments in Malaysia in recent years could well accelerate with the CPTPP.”

To put it bluntly, there is little gain and too many risks from CPTPP.

Media consultant M. Veera Pandiyan likes this view of Roman playwright Plautus: “He who tries to protect himself from deception is often cheated, even when most on his guard.” 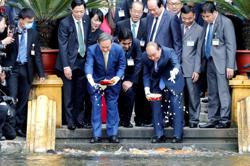