IT’S where the corridors of power are located, or rather, the Malaysian government’s administrative centre.

Digging into Putrajaya’s past, did this city get its name from our first prime minister Tunku Abdul Rahman?

The city was named as such, in honour of Malaysia’s Father of Independence.

"In Malay, the word 'putra' means prince or male child and 'jaya' means success or victory.

The website was set up by a group of six professors from Universiti Kebangsaan Malaysia in a project that was funded by the Tourism and Culture Ministry.

Going deeper into Putrajaya’s history, the idea to set up such a planned city as the federal government’s administrative capital began in the 1980s.

A little known fact is that the area was originally known as the Prang Besar Estate, which was used for planting rubber by British officers.

The name "Prang Besar" or "great war" in Malay, is believed to be derived from World War I, of which the British officers had fought, according to Arabis, a research, development and consulting institution. 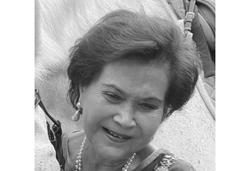