PETALING JAYA: The move to allow for the legalisation of illegal foreign workers in Malaysia and easing the rules of hiring will help ease the labour shortage but hitches remain in getting maids, say stakeholders.

“We are still waiting for a memorandum of understanding with source countries. So far, there have not been any government-to-government negotiations yet. At present, we only have the MOU with Indonesia,” said Malaysian Maid Employers Association president Engku Ahmad Fauzi Engku Muhsein.

On April 1 last year, Malaysia and Indonesia signed an MOU on the recruitment and protection of Indonesian domestic helpers in Malaysia.

At present, Malaysia has listed Nepal, India, Sri Lanka, Laos, Thailand, Cambodia, Indonesia, Vietnam and the Philippines as source countries for the hiring of maids.

Engku Ahmad Fauzi, when contacted, however, acknowledged that the overall supply situation would improve now that Malaysia had allowed for the legalisation of illegal workers.

Malaysia’s recalibration programme of foreign workers, which was slated to end last month, has been extended until December this year.

This programme would pave the way for employers to legalise their foreign workers who had previously been hired without proper documentation.

The government has also announced that employers would be allowed to recruit foreigners from 15 source countries without having to go through pre-requisite hiring and quota qualifications.

Commenting on the simplified hiring process, SME Association of Malaysia (SME Malaysia) president Ding Hong Sing said: “There is less documentation involved and approvals are also faster. The government’s approach to handling the situation is welcomed by those in the industry especially after allowing the legalisation of illegal workers. The fee imposed is also reasonable for us.”On Jan 18, Immigration Department director-general Datuk Seri Khairul Dzaimee Daud announced that the recalibration fee has been set at RM1,500.

Ding also said that more workers from Bangladesh and Nepal are expected to arrive.

“However, the process will take some time as the Immigration Department will likely have to deal with a high volume of documentation,” Ding said.

There are about 1.4 million foreign workers in the country. This number is expected to increase to 1.9 million in the first quarter of this year.

Federation of Malaysian Manufacturers president Tan Sri Soh Thian Lai believed that the recalibration programme would enable the hiring of experienced workers, thus reducing the time required to get them trained or retrained. However, he felt that the RM1,500 fee was high.

“If the processing cost is high, the take-up rate for the programme may be low,” he said.

On the easing of hiring rules which will be effective until March 31, Soh said: “We hope the speedier approval process introduced under the Foreign Worker Recruitment Relaxation Plan will be matched with speedier mobilisation of workers from the source country, which currently can take up to three months or so.” 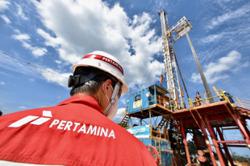