KUALA LUMPUR: The government is highly committed to addressing and implementing climate actions to further reduce the country's carbon emissions, although Malaysia's share of the global greenhouse gas (GHG) emissions is only at 0.69%.

"We will steadfastly uphold the principles of the United Nations Framework Convention on Climate Change (UNFCCC) of equity and Common but Differentiated Responsibilities with Respective Capabilities (CBDR-RC).

"As the Minister of Natural Resources, Environment and Climate Change, my main priority will be the Nationally Determined Contributions (NDC) Roadmap and Long-term Low Emissions Development Strategies which will determine our pathway towards net-zero GHG emissions," he said.

He said this at the launch of the Bursa Carbon Exchange (BCX) by Bursa Malaysia, here on Friday (Dec 9).

On the carbon trading policy, Nik Nazmi clarified that under the voluntary carbon market (VCM), no restrictions have been imposed on the sales of carbon credits generated from projects located in Malaysia to buyers outside of the country.

"Trading of carbon credits generated from projects in Malaysia through BCX does not require approval from the national authority, which is my ministry.

"The trading is open, which means that you can trade across the border. What is important is that this does not affect our NDC at the Paris Agreement," he said during the press conference after the event.

However, he said that all domestic carbon projects registered in the international carbon credit registries such as Verra, Gold Standards and others are required to be reported to the ministry.

The minister also said that Malaysian carbon credits traded under BCX shall not be utilised for the purpose of meeting the NDC of other countries or for other international mitigation purposes, and this requirement has been incorporated in the BCX Rules.

VCM allows carbon emitters to offset their emissions by purchasing carbon credits emitted by projects that remove or reduce GHG from the atmosphere.

It catalyses and provides financial incentives for the development and implementation of mitigation activities such as reforesting mangroves and wetlands, facilitating sustainable management of forested areas, or technology-based solutions that support emissions avoidance, reduction or removal from the atmosphere. 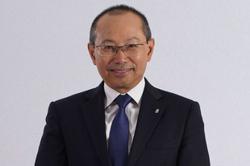