PETALING JAYA: The appointment of the five Judicial Appointments Commission (JAC) members should not be done by the Prime Minister, says the Yang di-Pertuan Besar of Negri Sembilan.

Instead, other institutions such as the Malaysian Bar, the Sabah Law Society, Advocates Association of Sarawak and the Parliament Selection Committee should be tasked with the job, Tuanku Muhriz Ibni Almarhum Tuanku Munawir said yesterday.

Tuanku Muhriz, who chaired the 260th Meeting of the Conference of Rulers at Istana Negara, said in his opening speech that this proposal would ensure the Judiciary and enforcement bodies were free of any external influence.

He also urged that the Rukun Negara be upheld, pointing to two important tenets.

ALSO READ: Proposal to reduce PM’s power seen as a very good one

“I would like to pick two of the Rukun Negara tenets – Supremacy of the Constitution and Rule of Law. These two tenets are important in ensuring that enforcement bodies and the judiciary are free of any external influences in carrying out their duties.

“The JAC plays the main role in proposing the appointment of judges. Therefore, the membership of the JAC is critical to ensure judges with integrity and calibre are chosen. “Instead, that role should be given to other institutions such as the Bar Council, Sabah Law Society, Advocates Association of Sarawak, and the Parliament Selection Committee. With this method, the JAC membership would be more balanced and would not carry the interests of any party.

“I suggest that the JAC structure be relooked through discussions between the government, the current JAC members and the lawyers’ bodies as well as other stakeholders. This will enable individuals with better character and those who are transparent and fair to be appointed as judges,” he said.

The 260th Meeting of the Conference of Rulers, held for two days on Tuesday and yesterday, was attended by the Malay Rulers, Prime Minister Datuk Seri Anwar Ibrahim and heads of states. 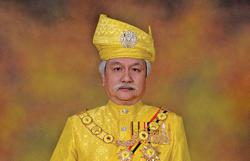 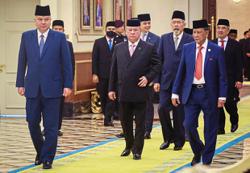