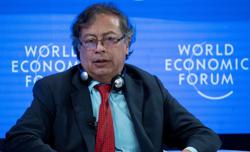 PETALING JAYA: The proposal that the various Bar associations be empowered to appoint members of the Judicial Appointments Committee (JAC) is a welcome one, but it should be made side-by-side with a change in the functions of the JAC.

The change in the functions of the JAC – to directly recommend judges to the King, instead of the Prime Minister – would need a constitutional amendment, says constitutional law expert Datuk Dr Shad Saleem Faruqi.

“Under Article 38 (2), the Conference of Rulers may deliberate on questions of national policy and any other matter it thinks fit.

“So, it has the power under the Constitution to scrutinise anything.

“The proposal by the Yang di-Pertuan Besar of Negri Sembilan, Tuanku Muhriz Ibni Almarhum Tuanku Munawir, is a very good one as it will increase confidence in the Judiciary.

“Bar associations are capable of scrutinising those who are best to be recommended to be appointed as judges. This only needs a Parliament law change, which can be done via a simple majority,” said Shad Saleem.

He, however, pointed out that taking the power away from the Prime Minister to appoint JAC members would not curb his power in ultimately advising the King on the appointment of judges.

“While the Conference of Rulers has technically proposed that Bar associations and the relevant stakeholders be allowed to appoint JAC members, it must be remembered that the JAC would have to give the list of recommended judges to the Prime Minister who will then advise the King on the judicial appointments.

“This is under Article 122(B). To amend Article 122(B) to enable the JAC to directly recommend judges to the King, a two-thirds majority is needed in both the Dewan Rakyat and Dewan Negara,” he said.

He said this would reduce the role of the Executive in putting forward names for judicial appointments, further increasing confidence in the independence of the Judiciary.

“This progressive idea would allow the Judiciary to be more independent from the Executive. This is in line with the principle of strengthening the Judiciary.

“Currently, the Prime Minister is very powerful. The key appointments, be it for judges, the Inspector-General of Police or the Attorney General, although signed and stamped by the King, are done on advice from the Prime Minister,” said Sivarasa.

He pointed out that in India, all judicial appointments are made by the Judiciary itself, while in the United States, although the President recommends, there is rigorous scrutiny by the Senate.

“As we can see in the last JAC appointments, some names were political in nature. This is not something good for the Judiciary,” he said.