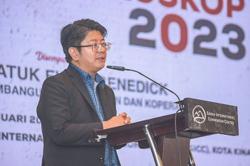 KUANTAN: The allocation of RM5mil to the Foreign Ministry under Budget 2023 for language and culture diplomacy programmes is a new element akin to start-up funding to promote the Malaysian language and culture on the international stage, says Datuk Seri Saifuddin Abdullah.

The Foreign Minister said the allocation would enable language and cultural diplomacy to be carried out holistically and comprehensively and to share the Malaysian experience with the outside world.

The ministry received a bigger allocation of RM920mil next year, compared to RM868mil allocated under Budget 2022.

Saifuddin referred to the first Special Programme to Promote Language and Cultural Diplomacy in Berlin and Frankfurt, Germany from Sept 28 to Oct 1, organised by the Sarawak state government.

"Language and cultural diplomacy does not only include performing arts, but also philosophy, thinking, cultural arts and creativity. Like in Germany, we had round-table lectures and conferences, in addition to food festivals and cultural performances.

"After that we will start it (language and cultural diplomacy programmes) through Bahasa Malaysia courses more systematically, which can be held in our diplomatic mission offices, universities or other suitable locations.

"This will also include a series of lectures by national academics, round tables and art demonstrations, such as dance, music, food demonstrations, textile exhibitions, clothing and film screenings," he said at a press conference here on Saturday (Oct 8).

Saifuddin singled out the efforts of Awang in starting a Bahasa Malaysia class in China which saw 15 Chinese universities now teaching the language and Rosita Rahman-Heilek’s instrumental role in organising the food festival in Frankfurt, Germany. - Bernama 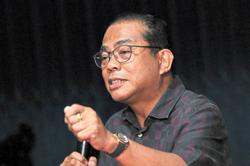