KUALA LUMPUR: The Umno top brass huddled for a meeting at the party headquarters here, but it was not about the expected dissolution of Parliament.

Asked if there was any news following Prime Minister Datuk Seri Ismail Sabri Yaakob’s audience with the King, the party vice-president said he was unsure.

“The ‘top five’ haven’t met yet (as at press time), but we are having another meeting later. (It is about the) manifesto,” he told the media briefly at Menara Dato’ Onn at the World Trade Centre Kuala Lumpur last night.

“We have a lot of meetings in the mornings and nights.

“This is another series of meetings,” he said.

He added that it was common for various parties to visit the headquarters to meet with Ahmad Zahid.

On Mohammed Khaled’s comment that Umno members were having a manifesto meeting, he said that it was usual for political parties to prepare their manifestos “irrespective of when the general election is held”.

Former PAS syura council member Datuk Dr Mohd Khairuddin Aman Razali was also seen arriving at the building, with the Kuala Nerus MP saying he was there for “a meeting”.

He has been vocal about Umno and PAS working together under the Muafakat Nasional alliance.

In August, he told PAS that working with Umno was the only way for the Islamist party to secure seats at GE15.

Earlier yesterday, the Prime Minister left Istana Negara after his audience with the King without addressing the media.

Istana Negara said later that the meeting was just a normal weekly meeting. 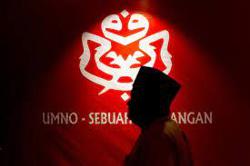