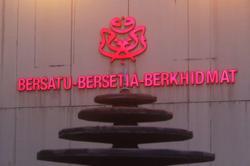 KUALA LUMPUR: Prime Minister Datuk Seri Ismail Sabri Yaakob, who is also Umno vice-president, has been urged to seek an audience with the Yang di-Pertuan Agong to present a few potential dates to dissolve Parliament by this year.

“The dissolution of Parliament must be made at the soonest possible time to allow the 15th General Election to be held by this year.

“Based on this decision, the Prime Minister will present proposed dates of dissolution to the King, in line with Article 40(1) of the Constitution,” Ahmad told reporters congregated there after the meeting.

The decision made by the Umno supreme council, he said, is consistent with the party’s stand from the beginning to return the mandate to Malaysians after the fall of the Pakatan Harapan government in February 2020.

Ahmad said the entire party machinery has been ordered to finalise all electoral preparations, adding that only by going to the polls can a stable government be formed, which is crucial to national economic recovery.

Meanwhile, he said the Umno supreme council has decided to sack Datuk Zaharin Mohd Yasin as a party member effective immediately for going against the code of ethics under Article 20.9 of the party constitution.

Talk is rife that Parliament may be dissolved between Oct 10 and 14, days after Budget 2023 is tabled on Oct 7.

Earlier yesterday, Umno deputy president Datuk Seri Mohamad Hasan told the media that a consensus has been reached by Umno’s “top five” on the date to dissolve Parliament, paving the way for the GE15.

He, however, would not say if an exact date had been agreed upon.

“A consensus was reached for the party to move forward,” he said after Umno’s “top five” had met at WTCKL.

According to sources, a November election date is likely after the consensus at the political bureau meeting that followed the meeting of the “top five”.

“They are looking at a November election. So Parliament could be dissolved by the second week of October,” said the source.

Budget 2023 had first been slated to be tabled on Oct 28 in the Parliament session beginning Monday but was brought forward to Oct 7.

The 14th Parliament’s term will expire on July 6 next year.

According to the Constitution, a general election must be called within 60 days after the dissolution of Parliament.

Several states like Penang, Kedah, Kelantan and Terengganu, however, have indicated that they will go the full term and will not dissolve their state assemblies early.

Earlier, Dr Ahmad Zahid Hamidi said holding a general election as the monsoon season nears is not the same as having it during the flood season.

“God willing, GE15 will be held before that (the flood season).

“Opposition parties want GE15 to be held next year because if Parliament is dissolved soon, they would be defeated by Barisan Nasional,” said the Umno president in a Facebook post yesterday.

Ahmad Zahid said the Opposition tried to use the Covid-19 pandemic to reject Melaka, Johor and Sarawak polls but was instead punished by voters.

“The Opposition is set to face a repeat of its defeat,” he said in support of his call to hold the GE15 sooner rather than later.

On the year-end monsoon, Ahmad Zahid said a caretaker prime minister will still be able to keep the country running and handle the wet season. 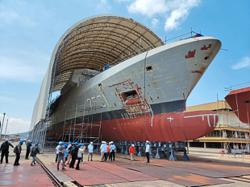