PUTRAJAYA: The shortage of chicken eggs in some areas will be discussed at the meeting of the Technical Committee under the Special Task Force on Jihad against Inflation on Oct 3.

Minister in the Prime Minister’s Department (Economy) Datuk Seri Mustapa Mohamed said this at a press conference after chairing the 19th meeting of the task force here on Thursday (Sept 29) and it had been given a report on the supply shortage of grade A, B, C and D eggs in the market.

"A meeting will be held with the poultry egg producers association and relevant agencies to find out the causes of the supply shortage and the solutions,” he added.

The media have reported the difficulty in getting eggs in Langkawi, Kedah; Jerantut in Pahang and Hulu Terengganu, Terengganu.

Domestic Trade and Consumer Affairs Ministry Secretary-General Datuk Azman Mohd Yusof was quoted as saying recently that the problem was due to technical problems while assuring that it would be solved soon.

Meanwhile, Mustapa said that the supply as well as the wholesale and retail price of chicken were stable with the average price of a dressed standard chicken at RM8.78 per kilogramme. - Bernama 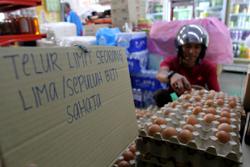 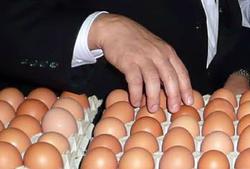