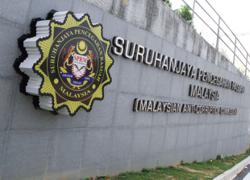 PUTRAJAYA: Graft investigators have submitted investigation papers to the Attorney General’s Chambers (AGC), proposing for charges to be made against several individuals in connection with the Littoral Combat Ship (LCS) scandal.

The Malaysian Anti-Corruption Commission (MACC) said that it had completed investigation papers involving several individuals alleged to have committed misappropriation in handling the project.

“We have submitted investigation papers and have proposed that charges against several individuals be considered by the AGC,” it said.

The MACC said it will take further instructions after the AGC reviews the investigation papers.

On Wednesday, Prime Minister Datuk Seri Ismail Sabri Yaakob told the MACC to expedite investigations into the LCS case, and should there be solid proof for the Attorney General to prosecute and bring those responsible to court.

The Cabinet has also decided for two high-level investigative reports, including one by the governance, procurement and finance investigation committee, be made public.

The committee, led by former Auditor-General Tan Sri Ambrin Buang, was set up in 2018 and its first task was to investigate procurements made by the Defence Ministry.

The other report is a forensic audit report on the project that was conducted in 2019, which will be declassified.

The Prime Minister also said a probe into the issue will be transparent and that the government would not protect anyone involved.