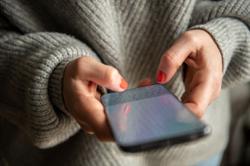 KOTA KINABALU: Police are investigating a viral text message that claimed a man had attempted to kidnap a pupil from a preschool in Sabah’s east coast Tawau district.

It was believed the message had been making the rounds on social media, especially on WhatsApp, since a few days ago.

Tawau OCPD Asst Comm Jasmin Hussin said, however, they had not received any official report regarding the claim so far.

Nonetheless, he said, police would still look into the matter, adding this would also involve authenticating the message which claimed the incident took place on Monday (Aug 1).

"We have yet to receive any report from anyone on the matter," he said, in a statement on Friday (Aug 5).

"However, the police are still gathering information to find out the truth behind the matter," he added.

Towards this end, ACP Jasmin advised the people not to spread messages of which of the truth had not been validated so as to avoid causing public alarm.

In the viral text message, it was alleged that the kidnapper tried luring the pupil using sweets and money.

This was however noticed by a teacher and the school’s security guard who immediately shouted at the man.

The man then, it was claimed, let go of the pupil before fleeing in a white Proton Saga Aeroback car.