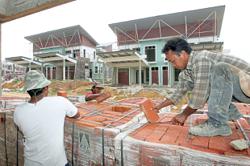 In a deadlock: The Human Resources Ministry and Home Ministry are to hold talks to resolve the matter. — GLENN GUAN/The Star

PETALING JAYA: A difference in opinion between two ministries has led to a standoff that has now caused the Indonesian government to halt the sending of workers from the country to Malaysia.

While the Human Resources Ministry (MOHR) has signed a memorandum of understanding (MoU) with Indonesia with conditions set for the arrival of foreign workers, the Home Ministry (KDN) is not keen on changing its recruitment system.

The MoU calls for all domestic workers to come through Indonesia’s system, which screens employers and sets conditions on wages and other perks but the Malaysian Immigration Department has its own system, which allows foreigners to enter on tourist visas and have them converted into work permits here.

Both ministries are now due to hold talks to find a solution to the problem.

In a statement yesterday, MOHR said the meeting would be held soon to solve the issues caused by the freeze on Indonesian worker arrivals to the country.

He told The Star that job orders that have received approval may proceed.

“We have temporarily stopped the intake of new job orders (for Indonesian workers).

“However, job orders that have been approved can proceed with the next step and arrive in Malaysia,” he said.

He added that the Indonesian recruitment agencies have been informed of the new policy.

“It now depends on the Malaysian government whether to honour the memorandum of understanding on the Employment and Protection of Indonesian Domestic Workers (MoU PDI) or not.

According to Reuters, the envoy said that the freeze was made after Malaysia’s immigration authorities continued using an online recruitment system for domestic workers that had been linked to allegations of trafficking and forced labour.

Under the MoU, the republic requires all recruitment to only use what it calls a One Channel System (OCS).

The OCS would screen employers and ensure that only those eligible could hire Indonesian domestic workers at a minimum monthly salary of RM1,500.

Other points outlined in the MoU included annual leave entitlement, the right to communicate, and a ban on withholding a maid’s passport.

However, there has been a flurry of activities on social media involving recruitment of domestic workers by freelance agencies using the Immigration Department’s Sistem Maid Online (SMO).

The SMO allows nationals from several countries, including Indonesia, to come into the country on tourist visas and have them converted into work permits.

Home Minister Datuk Seri Hamzah Zainuddin has defended the system, saying it was being used by those applying for domestic helper jobs from other source countries as well.

“The system is ours and we have told the world that applications can be made through here.

“Don’t tell me others can tell us we cannot use our system,” he said after presenting citizenship certificates to 28 children yesterday.

He said Malaysia has 15 countries to source foreign workers from and not just from Indonesia.

“We have so many foreigners working here. So far, top of the list is Bangladesh,” he added.

Construction on hold and more mamak shops may fold 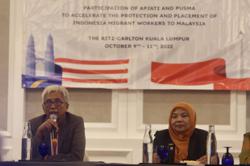 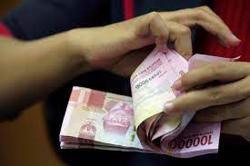