By GORDON KHO and ZAI KAMAL 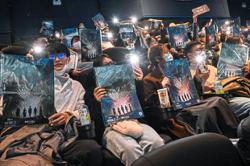 PETALING JAYA: Malaysian fans of the superhero Thor are mightily displeased with the second postponement of the latest Marvel blockbuster Thor: Love and Thunder, which was set for release earlier this month.

In a social media post yesterday, GSC informed its customers that the new release date for Thor: Love And Thunder is now “TBA” (to be announced).

“Disney has updated us that the release of #ThorLoveandThunder in Malaysia is now ‘TBA’ – release date is now undated.

“We apologise for any inconvenience caused and appreciate your patience in this matter as we await more updates from Disney,” the cinema operator wrote on its Facebook page. TGV Cinemas also confirmed in an Instagram post that the movie’s release has been postponed indefinitely.

The movie produced by Marvel Studios and distributed by Walt Disney Studios Motion Pictures was originally slated to be released in Malaysia on July 7.

On July 1, The Walt Disney Company (Malaysia) Sdn Bhd said the release had been postponed to July 21.

Disney Malaysia confirmed the postponement but did not offer a reason for it.

“We are not able to comment any further,” a representative of the company told The Star when contacted.

The second postponement has sparked dissatisfaction among fans.

Student Maanroshan Singh Hulon was hoping to catch the movie with his friends after reading good reviews online.

“Why is this movie on hold? All the previous Marvel movies did not have any issues. I am disappointed,” the 17-year-old said.

University student Nurul Tahirah, 23, is not optimistic about the fate of Thor: Love and Thunder in Malaysia.

“At this rate, the film might not come to Malaysia at all,” she said.

Graphic artist Trinity Ch’ng, 44, said she has been anticipating the movie since the lead actor Chris Hemsworth started sharing the trailers on social media.

“I am a huge fan of Thor and Chris Hemsworth. It is so frustrating not knowing why the movie is being delayed yet again.

“My fear is that I won’t be able to see the God of Thunder in his full glory on the big screen,” the movie buff said.

On social media, netizens are infuriated with the postponement, with many saying they are not too keen to watch the film at the cinemas anymore.

“What a joke. This is why nobody wants to go to the cinema anymore. At this rate, might as well wait for digital release ...” Ashley Ong wrote on Facebook.

“I’ve been avoiding spoilers like crazy and then this news came,” lamented Sylvester Polis Andong.

Some fans who have watched the movie overseas are speculating on the postponements of Thor: Love and Thunder.“Just watched it in Singapore, and I am 100% sure it’s because they included two same-sex couples ...” wrote Lucien Lim.

Thor: Love and Thunder is the latest controversy for Disney in Malaysia.

Last month, the company decided not to release the animated feature Lightyear in the country.

According to Malaysian Film Censorship Board (LPF), the movie distributor decided to pull out from screening the movie after refusing to comply with certain conditions, including removing some parts which promote the LGBT lifestyle.Thor: Love and Thunder, the fourth instalment in the Thor franchise, is directed by Taika Waititi and features a star-studded cast that includes Natalie Portman and Christian Bale.

The movie premiered in the United States and most other countries on July 8.

It made US$302mil (RM1.34bil) globally during the weekend of its release.

According to the entertainment website Deadline, this figure makes Thor: Love and Thunder the third highest weekend collection for any Hollywood movie during the pandemic and the second best of 2022, behind another Marvel movie, Doctor Strange in the Multiverse of Madness. 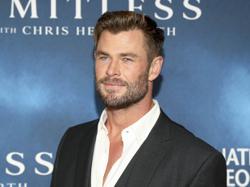 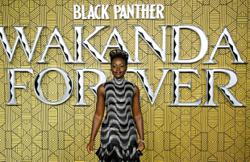