ALOR SETAR: The forest reserve on Gunung Inas was de-gazetted and converted for agriculture use by the Barisan Nasional government in 2007, says Datuk Seri Mukhriz Mahathir.

The Jerlun MP said that it was then branded as Ladang Sejahtera by PAS after the Islamist party took over in 2008 and the land was cleared to plant timber latex clone (TLC), a rubber tree variety that can be harvested for latex and timber.

He added that, later, during the administration of then Kedah Mentri Besar Datuk Seri Ahmad Bashah Md Hanipah, Musang King durians were planted there.

Mukhriz, who himself is a former Kedah MB, said that the state government-linked company Kedah Agro Sdn Bhd, was entrusted to plant durians on the mountain during Bashah’s term but failed to complete the project before a private company took over.

"The private company was then appointed to take the responsibility but it was bought over by a private developer. During Ahmad Bashah's term from 2016-2018, Musang King was allowed to be planted on Gunung Inas," he said in his statement that was posted on his Facebook on Tuesday (July 12).

He said to start any new plantation, the existing trees must be chopped down first before replanting.

He questioned whether an environmental impact assessment was carried out when the mountain was cleared for the replanting project.

Mukhriz claimed he was among the first to object to PAS' Ladang Sejahtera project from 2012 - 2013 because the project had flattened the forest reserve in Kedah.

"Looking back at how the PAS government in Kelantan carried out the replanting work, which has caused flooding there, is also another reason why we chose to object to the project," he said.

He said when he came back as Mentri Besar under Pakatan Harapan in 2018, a decision had been made to limit the planting of durian trees, with the Department of Environment allowing TLC and seven other plant species to be planted there.

He said replanting, even involving soil terrace work, was not the cause of soil erosion and flooding.

"Disaster will not happen if the forest reserve is not touched for the purpose of logging high-value trees and clean felling activities on the grounds of Ladang Sejahtera before 2013.

"I hope no one else will make wild accusations against me and the state government that I led two times, just for the sake of hiding the truth from the public," he said.

Baling villagers had called for the scrapping of the durian plantation project since it was first planned in 2012. The project was halted in 2020 with tree replanting done in the area.

The three-hour downpour that began at 2pm on Monday (July 4) caused the waters of Sungai Kupang in Baling to overflow into residential areas.

At least three people have died, including a pregnant woman, with thousands of others displaced in what is said to be the worst floods to hit the district. 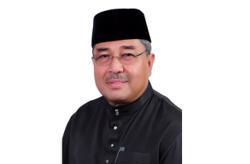 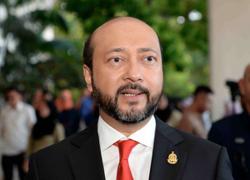