He said Tajuddin’s appointment had been presented to the Yang di-Pertuan Agong for approval and added that the suggestion to scrap the appointment was akin to questioning the powers of the King.

ALSO READ: Tajuddin, four others to receive credentials as ambassadors

"This is like questioning the Agong because he has the power to make such an appointment.

"Tajuddin's credentials were supposed to have been presented to him earlier but the King was not well," he said at the sidelines of the Malaysian Trades Union Congress triennial delegates conference here on Saturday (Jul 2).

Ismail Sabri said this when asked about the calls by several Umno leaders to retract Tajuddin's appointment following his tell-all press conference recently, which they described as unbecoming of an ambassador-designate.

On another matter, Ismail Sabri, who is Umno vice-president, said there was only one camp in Umno, contrary to talks that the party was split following Tajuddin’s revelation.

"There are no (opposing) camps, only one camp in Umno," he said.

In his press conference, Tajuddin, among others, accused Umno president Datuk Seri Dr Ahmad Zahid Hamidi of making decisions for the party unilaterally, claiming that supreme council members simply went along with his decisions.

He also claimed that he was a “living witness” to Ahmad Zahid's efforts to get Umno MPs to sign statutory declarations backing opposition leader Datuk Seri Anwar Ibrahim as prime minister. 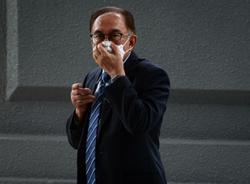