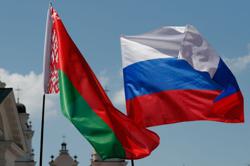 State Youth, Sports and Entrepreneurship Minister Datuk Seri Abdul Karim Hamzah expressed his shock at Stephanie's death and said, on Friday (June 24), that the 19-year-old was a medal prospect at the coming Sukma games.

"This is a very shocking incident. I never expected a young athlete at the age of 19 years old (to pass away). She was our medal prospect in the shooting event and two days ago, she passed away," he said after launching the Borneo Tribal Music Festival (BTMF).

Abdul Karim said the cause of Stephanie's death was due to a stroke. She died on June 19 at Sarawak General Hospital.

"What puzzled me was that she was just 19 years old. I am really surprised but God loves her more, I guess. It is a very tragic and sad thing for us in the ministry to lose a promising athlete," he added.

Abdul Karim said the late Stephanie had already been listed to deliver medals at the coming Sukma.

He added that Sim had also excelled in her studies as she had just been accepted by a university.

"She was already in the squad and we were expecting her to deliver medals. I wish to express my deepest sympathy and heartfelt condolences to the family," he said.

Stephanie was buried at Nirvana Memorial Park in Bau on Friday (June 24).