PUTRAJAYA: Foreign Minister Datuk Seri Saifuddin Abdullah (pic) will lead the Malaysian delegation to the 26th Commonwealth Heads of Government Meeting (CHOGM), which will be held in Kigali, Rwanda, from June 21 to 25.

Wisma Putra, in a statement Tuesday (June 21), said the theme for this year’s CHOGM was "Delivering A Common Future: Connecting, Innovating, Transforming".

The theme is seen as timely when the global community is confronted with challenges resulting from the Covid-19 pandemic that has led to significant disparities in the distribution of wealth, access to affordable healthcare and socio-economic development, it said.

"The Commonwealth heads of government will discuss and exchange views on current as well as emerging challenges that would affect the Commonwealth family with the view to achieving sustainable and inclusive development," the statement read.

Wisma Putra pointed out that the heads of government will also review current global political and economic developments, and deliberate on issues related to governance and rule of law, sustainablility, post-Covid-19 recovery, youth, and technology and innovation.

It said Saifuddin is expected to hold bilateral meetings with his counterparts on the sidelines of the 26th CHOGM to discuss issues of mutual concern.

The minister will also be meeting with members of the Malaysian Family residing in Rwanda, said Wisma Putra.

The 26th edition of the biennial CHOGM, which was initially scheduled from June 26 to 27, 2020, was postponed twice due to the spread of Covid-19. - Bernama 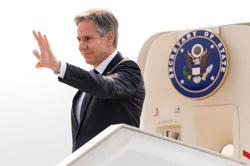 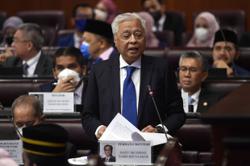