By WANI MUTHIAH and TARRENCE TAN SHAH ALAM: Both the photographer and lawyer involved in a brief scuffle at the Shah Alam High Court before the Cradle Fund CEO murder hearing have made peace despite lodging police reports.

Zulfadhli said he and Suresh made peace when they met at the police station.

"I bumped into him at the police station while lodging the report. So we cleared the air," said Zulfadhli.

He said the scuffle was triggered because Suresh had grabbed his media tag containing personal information such as his MyKad number, which was attached to a lanyard around his neck.

"He pushed my camera and I had to prevent it from falling. After that he grabbed my media tag and I thought he was going to attack my camera again," said Zulfadhli.

"I forgive him and he forgives me. I don't want this to be prolonged but a police report has already been lodged and I'm on my way to meet the IO (investigating officer)," he said.

Zulfadhli also said his media tag was currently with the police.

Meanwhile, a statement by media watchdog Gerakan Media Marah (Geramm) on Tuesday (June 21) said that any attempt to stop the media from carrying out their duties is unacceptable.

"The media can publish pictures and names of any accused in any case unless it involves juveniles.

"In this case, the lawyers representing the accused should have informed the media earlier on the need to protect the identities of the suspects,” said Geramm, adding that the media should only react in self-defence.

Journalists covering the Nazrin Hassan murder case were momentarily distracted when Suresh – representing the accused – was hit in the head by a photographer.

In a video, Suresh is seen pushing and shoving media personnel away before emotions ran high and he was hit on the head with a camera.

On Tuesday (June 21), High Court Judge Datuk Ab Karim Ab Rahman announced that the accused in the trial, Samirah Muzaffar and two teenagers who are now aged 19 and 16 years old, had been acquitted and discharged of murdering Nazrin.

Justice Ab Karim said the prosecution failed to prove a prima facie case against the accused in the case which began on Sept 6, 2019.

On March 12, 2019, Samirah, 47, the two teenagers, as well as Indonesian woman Eka Wahyu Lestari – who is still at large – were charged with murdering Nazrin at his house in Mutiara Damansara, Petaling Jaya, between 11.30pm on June 13, 2018, and 4am the following day. 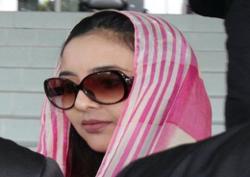 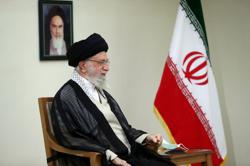 Covid-19 Watch: 1,244 new cases bring total to 4,845,109
PM under the spotlight
‘Wolves in sheep’s clothing must be banned’
I can ‘come back to life’, says Tajuddin
PAS to meet with Umno bigwigs to discuss direction of cooperation for GE15
The lure of Lion City
Make it convenient for us to segregate waste, say Malaysians
‘No quick fix for foreign worker shortage’
Nine Emperor Gods Festival comes to a grand finale
Military asset procurement needs end-user nod