KLANG: When retired serviceman C. Bathumalai bought his first home in Taman Klang Jaya here in the mid-80s, he envisioned he and his wife R. Thanapakiam would be there for a long time.

Sadly, that was not to be as Thanapakiam, 81, and her son Rakesh, who lives with her, had to leave the house after large cracks started appearing on the walls and floor a few years ago.

Rakesh said the house was in very good condition, when his father – a former military policeman who joined the Port Klang Authority after leaving the army in the 70s – bought it from a previous owner.

"We lived in the house for decades until the cracks started appearing in 2012. They became wider and deeper until we had to move out of the house," said Rakesh, who lost his job during the peak of the Covid-19 pandemic.

The 50-year-old alleges that the cracks started appearing after one of his immediate neighbours started renovating their home in 2012 and converted the single-storey house into a double-storey unit.

He said his late father had gone to the Klang Municipal Council (MPK) multiple times to complain about the matter until his death at the age of 75 in 2016.

"There were times my father was very sick and could hardly walk, but he would struggle and go to MPK to seek redress as the condition of the house continued to deteriorate," said Rakesh.

After Bathumalai's death, Rakesh initiated legal action against the neighbour in 2019 but lost the case.

"I believe the case was dismissed due to various technicalities as one of the reasons given was that we had failed to submit details on how much we had spent repairing the house," said Rakesh.

Not able to continue living in the house any more, Rakesh and his mother moved to Banting in 2020.

"It is sad we have to abandon the house where my five siblings and I grew up and have so many happy memories," he added.

Rakesh vented his anger and described his plight on TikTok and the post went viral with more than one million views.

Malaysians conveyed their sympathy to Rakesh on social media and encouraged him to fight the matter.

Rakesh said he would seek legal advice on how to re-file the case properly.

One of Rakesh's neighbours, N. Ganesan, 35, also moved out of his house after cracks started appearing on the walls.

"The cracks appeared all over the house and it started getting bigger by the day.

"So we moved out in 2017 and my family and I now live in Taman Maznah (also in Klang)," said Ganesan.

He said he rented out the family house to some foreign workers after touching-up the cracks.

When contacted, MPK corporate communications department director Norfiza Mahfiz said according to the their records, renovations were carried out with neighbours' consent.

She said aggrieved parties could always come to MPK with their complaints.

People's Legal Team founder Dinesh Muthal said Rakesh cannot re-file the same case but he can file for an extension of time and if granted, appeal the court's decision.

"In the meantime, he has to prepare all relevant information and documents," said Dinesh, adding there must be a written chronology of events given.

He added whatever stated in the chronology of events must also be corroborated.

"I stated that the onus is on MPK to address the issue as the entire matter is questioning how the council handled the situation," said Santiago.

"They told me that they will look into the matter," said Rakesh. 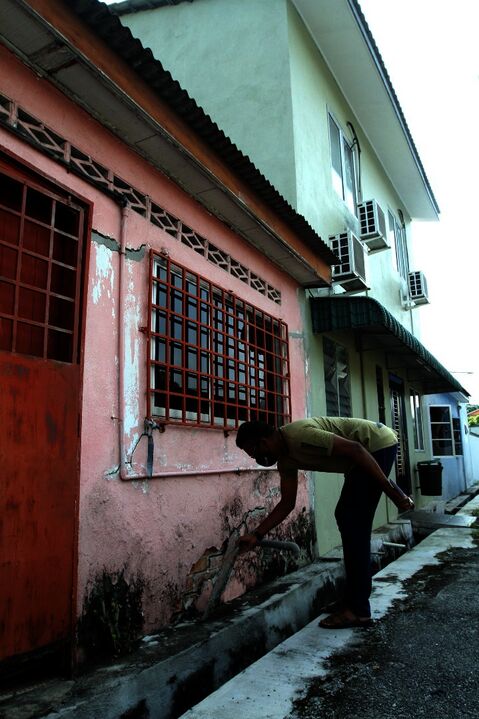 MPK: Houseowner can file report with authorities over corruption allegations

Nightmare for couple after neighbour starts renovating house in Mantin