MPK: Houseowner can file report with authorities over corruption allegations

THE owner of a terrace house who alleged that his neighbour’s renovations had structurally damaged his property is welcome to lodge a complaint with the relevant authorities if he suspects elements of corruption.

Klang Municipal Council’s (MPK) Corporate Communications Department director Norfiza Mahfiz said this when asked about a video from the houseowner which had gone viral.

The owner of the house in Taman Klang Jaya claimed he had to move out of his property for his family’s safety as there were wide cracks after his immediate neighbour turned his single-storey house into a double-storey structure.

“Our initial investigations based on the allegations made in the video revealed that plans had been submitted to the council where renovation permits were issued to the consultants in 2012.

“The renovation works had received consent of the neighbours involved,” she said.

Norfiza added that MPK had responded to issues brought up by the complainant after approval was given.

“We had also appointed a consultant to detect the cause of the cracks and to study the additional structure that was built,” she said.

Norfizah added that MPK upheld the values of transparency and integrity.

“Our Legal Department will study the video in detail.

“MPK will not hesitate to lodge a report against individuals who issue defamatory statements against council employees.

“Legal action may also be taken against individuals who issue defamatory remarks against MPK,” she said. 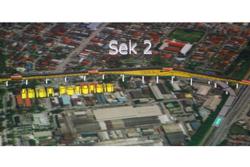 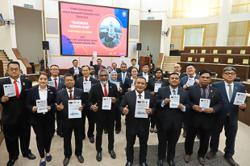